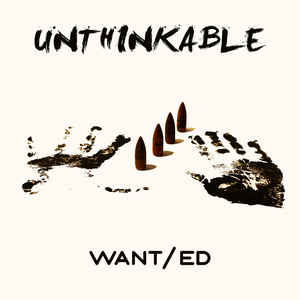 Background/Info: Russian electro-pop formation WANT/ed returns with their fourth full length album. The band actually consisting of Yury Aryasov and Sergey Surkov unleashed an album featuring 10 songs plus 2 remixes. Some of the cuts have been already released on previous EP’s.

Because of the different vocalists this album also sounds pretty diversified. The tracks however moves in between electro-pop and harder body-pop cuts. Some of the female singers cover the work with a breeze of sensuality while the male singers mainly sing on the ‘harder’ cuts. From danceable tracks to melancholic passages, WANT/ed clearly sounds clearly inspired by Depeche Mode.

+ + + : I’m often a skeptical about a band working with multiple singers, but I’ve to admit WANT/ed did a real great selection. The diversity of the work is interesting as you might be seduced by the sensuality of the songs featuring Miranda Cartel and Catrine Christensen at one side and Patrik Hansson (often linked to Mesh) at the other side. The songs are sometimes evoking Depeche Mode, but the most important thing is that they’re well-crafted and revealing all the experience of this Russian duo. Among the harder cuts I’ve to mention the pretty cool “Future Rhythm 2017” with guitar playing by Tomas Gustafsson.

– – – : This is album sounds cool, diversified and enjoyable from start till finish, but I’m just missing a potential hit!

Conclusion: WANT/ed simply confirms great electro-pop is not only and most of the times made in Germany or Sweden, but also in Russia. ScentAir has a nose for national talents and WANT/ed definitely is a band to discover and keep an eye on.