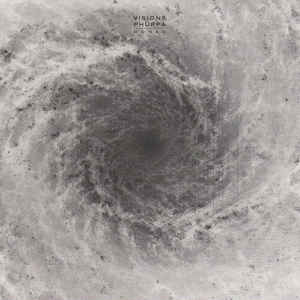 Background/Info: “Monad” is a particular release in the Cyclic Law label history. It indeed is the 100th release from the Canadian label run by  Frederic Arbour. To celebrate this event Frederic Arbour (Visions) joined hands with the Russian ritual/ambient artist,  Alexey Tegin (Phurpa).

Content: If you’re a little bit familiar with the respective works of both artists you can only, but agree that they deal with different kinds of music. Visions is more into dark-ambient and cinematographic-like work while Phurpa is a very particular, ritual-kind of project characterized by ritual singing. Both artists appear to be quite complementary on “Monad”, this work mixing both influences together. From dark, humming sound waves and ditto voices to a real impressive arsenal of noise treatments you mainly can distinguish by the use of headphones, this album reveals a sophisticated approach in sound.

+ + + : It was years ago now I heard any new work from Visions, but Frederic Arbour recovered his machines from dust to create a special work together with Phurpa. Both artists seem to have found each other, the work being complementary and even innovating. There’s an interesting twist between the influences of both artists. I like the progression in the song structure, which makes me think to a sonic web that has been patiently elaborated to reach its ultimate point at the very last cut. This sonic structure has been built up with an impressive sound canvas featuring multiple little noises and effects. This is the kind of release you have to play loud or by using headphones.

– – – : The tracks are a bit similar to each other and maybe too much focused on the diversity of sounds & noises instead of creating the ultimate ‘atmosphere’.