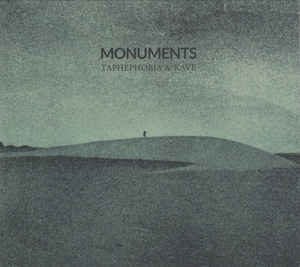 Background/Info: This work is a split release between Norwegian musician Ketil Søraker (Taphephobia) and Netherlands musician Bram Gollin. They each composed a long-duration cut.

Content: Taphephobia is the most familiar and experienced artists from the work and gets the privilege to start. We get a dreamy sonic voyage throughout dark, abyssal spaces. The track has been composed with a noticeable progression featuring new sounds and effects that are joining in.

Kave coming next is more into a pure soundscape approach. It also invites the listener to dream away and imagine himself visiting an unknown and obscure territory.

+ + + : There’s a clear link between both projects. They’re creating an imaginary sonic landscape of darkness, but still revealing something prosper. It’s more like travelling through your inner-self and maybe discovering some perturbing information. It however has something relaxing. I prefer the track by Taphephobia, which is more elaborated and accomplished. It’s a work with a strong visual appeal.

– – – : Kave’s cut starts to get a little bit monotone after a while. There’s less progression, but the main thing is that I’m missing a real visual content. It would give the deserved dimension to the sound from both artists.

Conclusion: This split-release features two related projects dealing with a dark and mainly cinematographic sound. There’s nothing groundbreaking, but fans of the genre will be pleased.