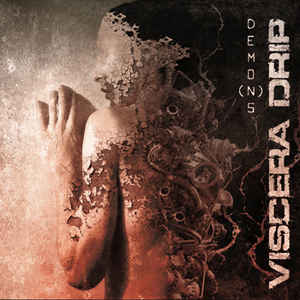 Background/Info: After 2 successful official albums Viscera Drip strikes back with an album for the fans. This American project driven by Justin Thiele went back into the archives of the band releasing early, previously material (mainly written in between 2002 and 2007) and a few remixes.

Content: The dark-electronic style is easy to recognize, but you’ll also and quite rapidly recognize the horror-like influences. Most of the songs are supported by haunting, spooky leads. Some of the songs are a little less into minimalism, but the main characteristic of this work is the ‘demo’-like style (which has been already revealed in the title). Two from the last cuts sound more elaborated and that’s not really a surprise as these cuts were composed for the “Abattoir”-album. Remixes were made by Lucidstatic, Worms Of The Earth, Sarcophagic and Ironhand.

+ + + : This album is clearly a way to please the fans of Viscera Drip. I personally only like the two songs that were composed during the “Abattoir”-period. These songs are more elaborated and revealing a great potential.

– – – : I want to make one thing clear: Viscera Drip is an interesting project, which could convince by its official albums. This kind of record is just for the fans, but even the fans will have to admit this sound is not convincing at all. There are some demos that would better never saw the daylight… although it would have been a pity to never discover both songs that were written during the “Abattoir”-period. Even the remixes can’t convince me.

Since you’re here … … we have a small favour to ask. More people are reading Side-Line Magazine than ever but advertising revenues across the media are falling fast. And unlike many news organisations, we haven’t put up a paywall – we want to keep our journalism as open as we can. So you can see why we need to ask for your help. Side-Line’s independent journalism takes a lot of time, money and hard work to produce. But we do it because we want to push the artists we like and who are equally fighting to survive. If everyone who reads our reporting, who likes it, helps fund it, our future would be much more secure. For as little as 5 US$, you can support Side-Line Magazine – and it only takes a minute. Thank you. The donations are safely powered by Paypal.
Tags: Lucidstatic, Viscera Drip