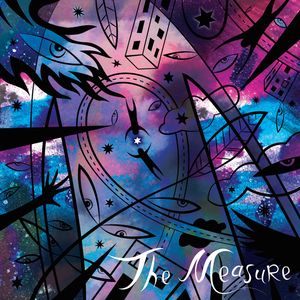 Content: This is the 4th full length album in 5 years time. The least I can affirm is that Torul is a real prolific formation, but still a real good surprise in electro-pop land.

The Slovenian combo has used to familiarize is with an eclectic electro-pop format, which revealed different influences from album to album. Some of the earlier work (including the multiple EP’s) was more into a fusion of pop and technoid elements while they progressively evolved towards new-wave elements at their previous releases. This new album was marvelously introduced by the EP “All”, which revealed a great title song and multiple outstanding remixes. This song remains one of the absolute attention grabbers, reminding me to an imaginary offspring of Praga Khan (for the technoid elements) and Mesh (for the great pop arrangements). “All” remains an absolute hit song, but at the other side it’s not totally representative for the rest of “The Measure”.

Torul definitely deals with a solid electro-pop basis merged with good-old new-wave influences. It creates a refreshing, and at the same time, vintage-like sensation carried by sexy male vocals. Both debut songs perfectly stand for the global sound of this album while it also revealing the professional production skills of the band. The sound treatments and final mix display all the maturity of this combo. One of the potential hits that shows all these skills is at at the final part of the work. “The Move We Are” is a terrific composition featuring great metal-like sound treatments carried by a slow rhythm and heavy sound layers. It’s an experimental approach of electro-pop and new-wave music. After this great and creative track you’ll also admire the impressive vocals production on “Discrepancy.” The song remains pretty quiet, but the kind of echoing vocals production sounds like a cry from the top of a mountain. I’m not sure that it will provoke an avalanche, but Torul once more reveals their fine taste in creating a different format of electro-pop music. The somewhat lounge-electro driven “Difficult To Kill” is also a cool cut confirming their eclecticism.

“The Measure” once again displays the open-minded style of this formation, which has found a perfect harmony between electronics and guitar. Torul is a sonic bridge between pure the early years of electronics and new-wave, and contemporary –and sometimes trendy, elements.

Conclusion: I can’t say that this is my favorite Torul-album to date, but they for sure –and again, unleashed a few outstanding songs.