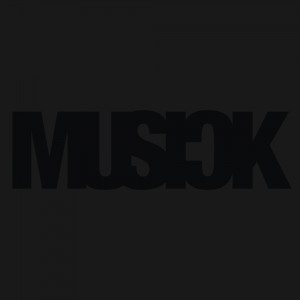 Content: Alex Bau is a Bavarian based DJ, producer and label owner (Credo Records). He’s a rather prolific artist who has released an endless list of EP’s while “Musick” is the 3rd full length under the Alex Bau moniker.

I know it all is a question of definition, but labeling “Musick” as pure ‘techno’ music would be a serious mistake. The work is more sophisticated mixing clear techno elements with darker influences like dark-ambient music. It creates a minimal twist between different elements, which sounds miles away from the typical ‘booming’ techno beats. The tracks progressively build up, sometimes reaching a harder and more danceable format. “Musick” became a rather complex techno-style revealing impressive sound manipulations and an experimental style.

The opening cut sounds cold and anguishing. It’s into pure ambient music and techno is hard to find here. The next cuts are progressively moving into explicit technoid arrangements and heavier kicks, but it all remains minimal and atypical. I have to be honest and recognize that some of the debut cuts can’t totally convince me for being sometimes a bit too linear and ‘cheap’. “Voise Pt.1” and “Voise Pt.2” changed my mind in a radical way. We here get the real complexity of the sound, which at “Voise Pt.1” mixes with some EBM elements as well.

The next few tracks accentuate the minimal approach of Alex Bau from which you’ll hear emerging deep vibrating kicks, irresistible sound arrangements and cool repetitive loops. The final cut “Back To Space” appears to be one of the highlights for the excelling sound treatments and the global progression of the cut. I also like the twist between the bouncing kick and dry hi-hats. This cut is a fascinating trip through the dark technoid universe of “Musick” and, which will you get you in its grip for a duration of 10 minutes.

Conclusion: “Musick” stands for the obscure side of techno music, which will possibly appeal to lovers of ambient music as well. This album is a real interesting experience in sound.