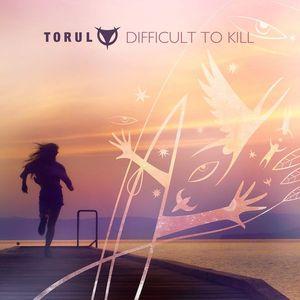 Content: Torul clearly became one of Infacted’s favorites and that’s a feeling I can only, but share. Even if the earlier this year released album “The Measure” is not exactly my favorite, it however revealed a few great songs like “Difficult To Kill”. This is a logical and judicious choice to release this 2nd EP taken from the current full length.

The title song features three versions while there are two more remixes from two other songs (cf. “The Balance” and “Lonely night”). Let’s start with the main dishes and the great “Single Video Edit” of “Difficult To Kill”. It remains a beautiful song mixing sensual rhythms and electro-dance-pop music made by refreshing bleeps and effects. It also sounds pretty groovy, which totally fits with the warm vocals.

The so-called “Torulsson Remix” moves a bit deeper into the realms of dance-music, but the main characteristic of this version are the kind of ‘summer-taste’ emerging at the surface. The “Kobayashii Remix” is still very dance- and groovy like, but it also sounds different from the rest.

Over now to “The Balance”, which didn’t exactly catch my attention on the album and, which has been remixed by Proteus Noir and Tom Wax. Tom Wax delivered a danceable remix driven by a harder kick transposing the song into pure dance-techno vibes.

I prefer both remixes of “Lonely Night”. The “Into The Knot Remix” is absolutely unique in its genre. It sounds a bit experimental for its global evolution revealing different cadences, but still interesting deep sound treatments and piano play. The whispering vocals get it all sensual. The “Torulsson Remix” is a somewhat weird-, but original remix. It sounds like it is inspired by retro electronics and joined by guitar reminding me a bit of Chris Isaac while it remains a fully danceable.

Conclusion: The least I can say is that Torul will always remain a very unique band in its genre. Every single album seems like it is revealing an evolution in sound, but the EP’s progressively begun to get quite diversified as well. No compromises here, but just a never-ending exposure of their big creativity.

Since you’re here … … we have a small favour to ask. More people are reading Side-Line Magazine than ever but advertising revenues across the media are falling fast. And unlike many news organisations, we haven’t put up a paywall – we want to keep our journalism as open as we can. So you can see why we need to ask for your help. Side-Line’s independent journalism takes a lot of time, money and hard work to produce. But we do it because we want to push the artists we like and who are equally fighting to survive. If everyone who reads our reporting, who likes it, helps fund it, our future would be much more secure. For as little as 5 US$, you can support Side-Line Magazine – and it only takes a minute. Thank you. The donations are safely powered by Paypal.
Tags: Torul