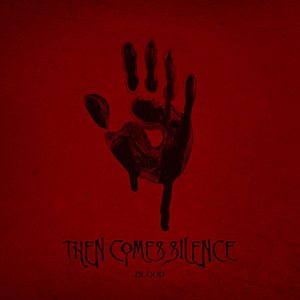 Background/Info: This is already the fourth album of this Swedish act, that was founded in 2012 in Stockholm. Band leader Alex Svenson just started writing on the new album when his father suddenly passed away. Writing this album became a healing process for him. The production and engineering was done by Tom van Heesch (Rammstein, Entombed A.D, …).

Content: The sentence “The world isn’t in a better condition than in the 80s”, as the band states, typifies the gloomy atmosphere throughout this cd. Highlights: opener “The Dead Cry For No One” is a smash in the face, a kick-ass song which invites everyone to freak out on the dancefloor! Long time ago that any band could get my attention bringing such catchy guitar-riffs. “Strange Kicks” is a compelling song which lets the voice of Alex and especially the uptempo beats of drummer Jonas come out very well. The accoustic guitar on the downtempo “Choose Your Poison” sounds very nice in combination with the other guitars. “Good Friday” is one of the best songs, sadness and melancholy à gogo. The slowly built-up tempo changes make “Warm Like Blood” explode very well.

+ + + : Then Comes Silence brings tasteful songs that have more variation compared with most other bands in this genre. The band does an excellent job in creating 11 tracks full of doom, passion and soul. All tracks are very groovy and compelling and boast a remarkable energy. For sure something to check out for fans of The Sisters Of Mercy, Bauhaus and Joy Division.

– – – : The opening-riff on “In Leash” sounds nice but a bit too much like the riff of “Is Vic There?” from Department S.

Conclusion: A fresh breeze of gothic renaissance and one of the best releases of 2017! “Blood” is a must have in your cd/vinyl-collection! Then Comes Silence definitely has its own personality and these 4 musicians know damn well how to write good songs. It makes them one of the leading acts in the goth scene for now and for the future!

Best songs: “The Dead Cry For No One”, “Strange Kicks”, “Choose Your Poison”, “Good Friday”, “Warm Like Blood”.