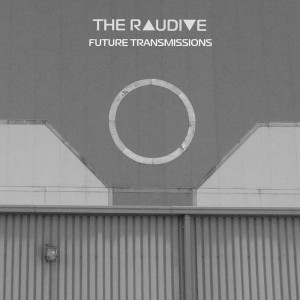 Background/Info: I never heard of The Raudive before. The band is driven by a 3-membered combo hailing from Norwich (UK) and has recently reformed. They strike back with this EP, which is more a kind of mini-album featuring 7 songs. The band claims to be inspired by bands like The Cure, Clan Of Xymox, Mission Of Burma, Sebadoh, Sisters Of Mercy, The Sex Pistols, New Order, Joy Division.

Content: The 80s influence clearly hangs over this production and you’ll rapidly recognize some influences from the aforementioned bands. But there also is a more refined rock-orientated touch reminding me of bands like Comsat Angels and the Waterboys. The darker part of the work is more into bands like Joy Division and The Sisters Of Mercy. It creates a delicious contrast, which however remains totally 80s-like.

+ + + : The main strength of this production is the mix of 80s influences. It’s not just about new-wave and the familiar ‘dark’ atmosphere. There also is an exciting rock-pop touch, which sounds more exciting and joyful. The Raudive has found the right cement to bring both elements together.

Conclusion: The Raudive brings us back into the past, once more exploring the magic of the 80s and new-wave music, but also with a real nice care to add rock-pop elements.