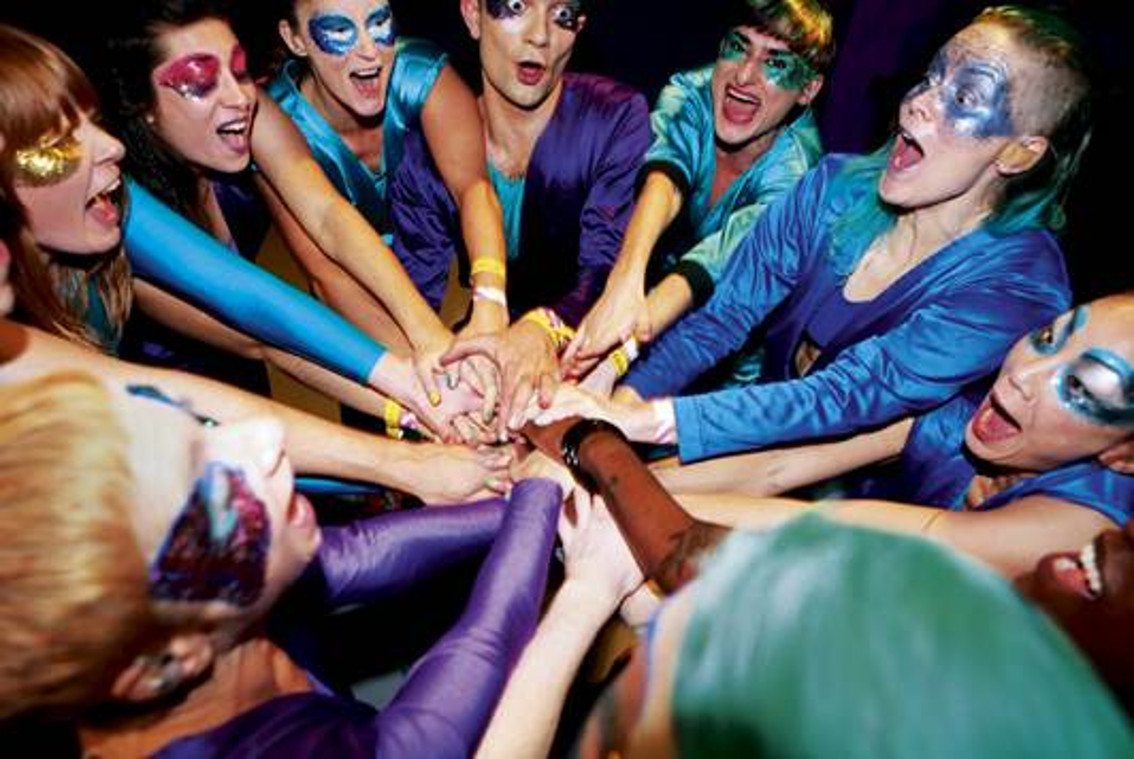 Due for Release 1 September via Rabid Records is The Knife’s “Shaking the Habitual: Live at Terminal 5” film, album & photobook. After a 7-year hiatus from playing live, the resulting musical saw The Knife expand from Karin and Olof to a 11-piece dance troupe.

The band employed designer Bella Rune to create bespoke instruments for the show, aiming to give the audience something more interesting to look at than a figure turning knobs and pressing buttons behind a laptop. On the last leg of the tour, in the autumn of 2014, photographer Alexa Vachon joined The Knife to document their journey. These photos have been collected in a limited-edition photobook.

The Knife was a Swedish electronic music duo from Gothenburg formed in 1999. The group consisted of siblings Karin Dreijer Andersson and Olof Dreijer, who together also run their own record company, Rabid Records. The group gained a large international following in response to their 2003 album “Deep Cuts”. The Knife disbanded in November 2014 after releasing their 2013 album Shaking the “Habitual” and completing its attendant tour.

PS: The new album won’t be available to buy or stream in the following territories UK/Eire, USA/Canada, Asia & South/Latin America. This is due to a long running dispute between the band and its label partner in those territories, Brille Records.

Here’s the trailer for the release:

Since you’re here … … we have a small favour to ask. More people are reading Side-Line Magazine than ever but advertising revenues across the media are falling fast. And unlike many news organisations, we haven’t put up a paywall – we want to keep our journalism as open as we can. So you can see why we need to ask for your help. Side-Line’s independent journalism takes a lot of time, money and hard work to produce. But we do it because we want to push the artists we like and who are equally fighting to survive. If everyone who reads our reporting, who likes it, helps fund it, our future would be much more secure. For as little as 5 US$, you can support Side-Line Magazine – and it only takes a minute. Thank you. The donations are safely powered by Paypal.
Tags: Reykjavik, The Knife