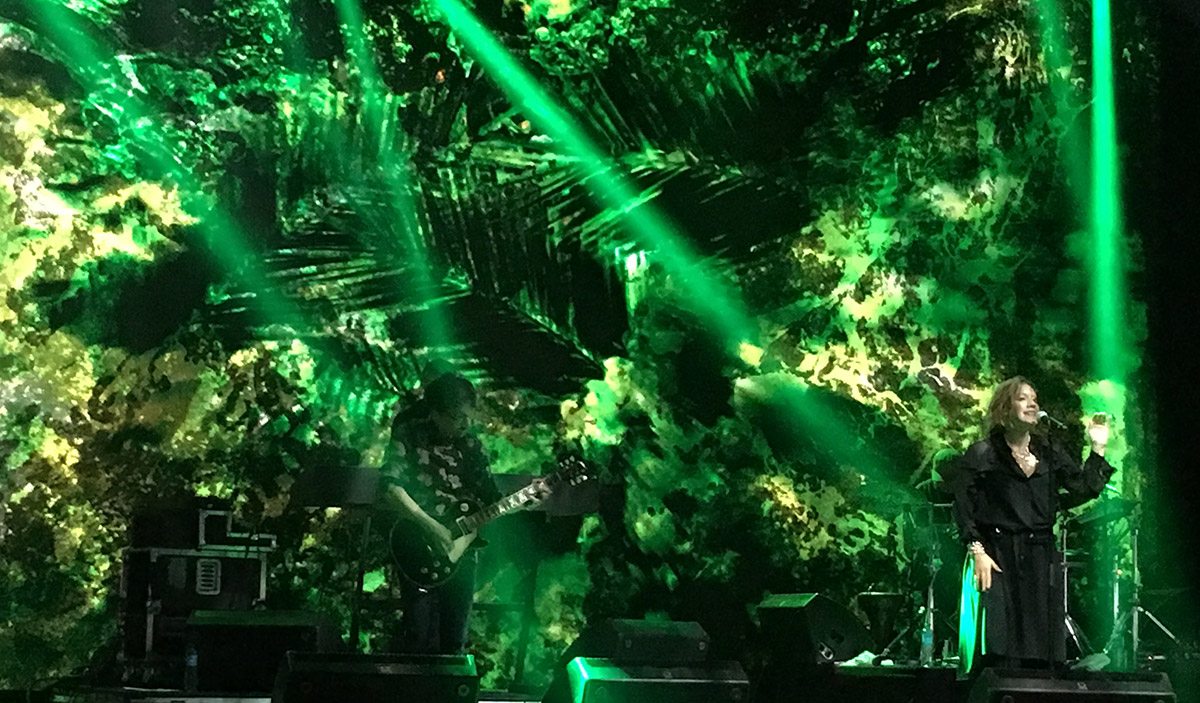 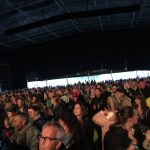 After walking through the pouring rain towards Tøyenparken and the opening day of the 2017 edition of the Øyafestivalen in Oslo, Norway, my friends and I quickly took shelter in the big tent stage called Sirkus, waiting for our first act of the evening, Bel Canto from Tromsø. As were 5000 others too, all unusually early in place for a festival concert, a point also made by singer Anneli Drecker: “Lucky for us it’s raining this much – we brought the weather from Northern Norway!”. It was indeed THE rainiest day in Oslo so far this year!

The set was about 50 minutes long with a good mix of songs from all their albums, and many songs in new or updated arrangements too, even totally acoustic like ‘Spiderdust’ (which some may have heard live before). Most surprising was probably ‘Rush’ with Anneli’s throat singing as a new element!
Ending the set with ‘Unicorn’ was the perfect closer, sending the audience away to the rest of the evening on a musical high. 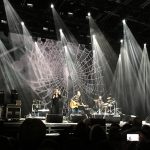 We also managed to get some comments from Anneli afterwards via Facebook chat.

Side-Line: What was the occasion for playing this festival just now?

Anneli: We had long discussed with the festival to do a Bel Canto concert and found that the 2017 spot in the Circus tent would be perfect since it is now 30 years since our first album “White-Out Conditions” was released on Crammed discs. Also this year it is 25 years since our album “Shimmering, warm & bright” came out, which was a big hit in Norway in ’92. SW&B was the first Bel Canto release as a duo and not with Geir Jenssen in the band.

SL: We noticed some new members on stage…

A: Yes, we have a new member, and it is the magnificent and legendary Erik Ljunggren (Seigmen, a-ha, Vampire State Building, Zeromancer…). Erik is an old acquaintance of ours. We are very proud to have him in the band, alongside with Andreas Eriksen (percussion, since 1990) and Jane Kelly (backing vocals, since 2000). 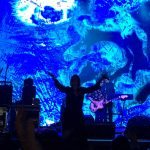 SL: Anything else you’d like to add about the concert or other upcoming news?

A: We worked long and hard on this live set for Øya. The gig was immensely important to us, since it was a special gift to our long-time fans. We also hired a new light guy from the north of Norway (Tord Eliassen) who turns out to live in Brussels! So it was all meant to be. All in all we feel that we have never had a better live set than what we have now and after all the great response after the Øya concert we got inspired and are absolutely keen on doing more jobs, also abroad! ?
And possibly also recording some new songs! But first we need to see how the response abroad is…

Some snippets from the concert:

Since you’re here … … we have a small favour to ask. More people are reading Side-Line Magazine than ever but advertising revenues across the media are falling fast. And unlike many news organisations, we haven’t put up a paywall – we want to keep our journalism as open as we can. So you can see why we need to ask for your help. Side-Line’s independent journalism takes a lot of time, money and hard work to produce. But we do it because we want to push the artists we like and who are equally fighting to survive. If everyone who reads our reporting, who likes it, helps fund it, our future would be much more secure. For as little as 5 US$, you can support Side-Line Magazine – and it only takes a minute. Thank you. The donations are safely powered by Paypal.
Tags: a-ha, Anneli Drecker, Bel Canto, Nils Johansen, oslo, øya