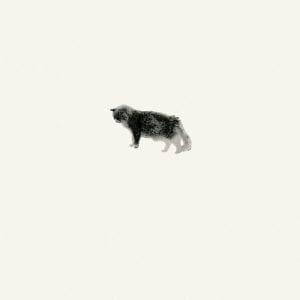 Background/Info: Teahouse Radio is a new project driven by Pär Boström. We all know his involvement with Kammarheit and Cities Last Broadcast, but Teahouse Radio is somewhat different. It’s meant as ‘an intimate, hidden therapeutic world between worlds, a place of nostalgia mixed with melancholia, and a way to fight mental illness with music’. The tracks of this debut work were composed in between 2004 and 2017.

Content: Forget Kammarheit and Cities Last Broadcast; Teahouse Radio indeed sounds more intimate. Less sounds and arrangements have been used. The main focus seems to create a very personal sonic inner world characterized by the impact of atmospheres. Kristal-like sounds have been used next to piano- and guitar playing/effects accentuating a state of loneliness and abandonment.

+ + + : The sphere hanging over this work reminds me of Tor Lundvall. It feels like an intimate voyage throughout the mind and fears of the author. Less sound layers have been used and yet you can feel such an overwhelming sensation. Each note has its importance to create a real impact. The album also feels a bit like a paradox; there’s a kind of serenity at one side and yet it feels mysterious and a bit obscure.

– – – : Teahouse Radio for sure appears to be the most experimental- and intimate project set up by Pär Boström so in the end it will maybe not become the most recognized.

Conclusion: I like the idea -or concept behind Teahouse Radio and “Her Quiet Garden’ is an intriguing sonic voyage illustrating the refinement of the artist.

Since you’re here … … we have a small favour to ask. More people are reading Side-Line Magazine than ever but advertising revenues across the media are falling fast. And unlike many news organisations, we haven’t put up a paywall – we want to keep our journalism as open as we can. So you can see why we need to ask for your help. Side-Line’s independent journalism takes a lot of time, money and hard work to produce. But we do it because we want to push the artists we like and who are equally fighting to survive. If everyone who reads our reporting, who likes it, helps fund it, our future would be much more secure. For as little as 5 US$, you can support Side-Line Magazine – and it only takes a minute. Thank you. The donations are safely powered by Paypal.
Tags: Kammarheit, Teahouse Radio