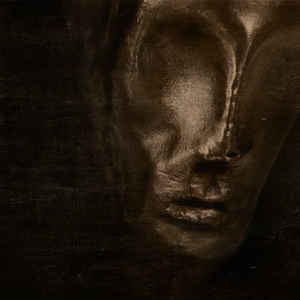 Background/Info: Set up and driven by Mathieu Vandekerckhove, Syndrome is a familiar name from the Consouling Sounds roster. This Belgian musician has already been active in numerous bands and especially into metal-driven projects like Amenra. “Forever And A Day” is a new opus featuring one single piece.

Content: The composition of Syndrome is pretty soundtrack-like inspired, but meant to please dark music lovers. You’ll immediately get the impression of being imprisoned in a dark-ambient cut carried by tormenting, buzzing tones till the guitar becomes more explicit. We this way reaches a transcendental universe of reverie and psychedelic passages.

The guitar playing is an essential element of this composition, but I also have to mention Vandekerckhove’s deep timbre of voice, which sounds cavernous and anguished.

+ + + : Syndrome reminds me a bit of Barst (another formation signed to Consouling Sounds). There’s a similar taste for dark-ambient & psychedelic sound creation with an explicit cinematographic appeal. The apotheosis of these single tracks is absolutely phenomenal and reminds me a bit of the tormented atmosphere of “The Virgin Suicides”-movie. This composition has been meticulously composed finally creating a disturbing feeling and that feels just great!

– – – : It’s a pity this work only features one single cut. I got an unsaturated feeling at the end, which also means it’s a quite efficient opus.

Conclusion: “Forever And A Day” could have been the perfect soundtrack for a ‘film-noir’ theme. Despair seems to be a great muse for tormented musicians so I don’t know if Mathieu Vandekerckhove will recognize himself by this association, but let’s elevate him to this status!

Best songs: “Forever And A Day”.