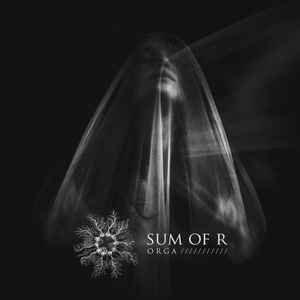 Background/Info: Sum Of R is a Swiss duo set up by Reto Mäder (RM74) and joined by Fabio Costa. They’re now active for 10 years and have released a few productions. “Orga” is their first album released on Cyclic Law, which definitely sounds as a consecration for Sum Of R.

Content: “Orga” sounds not as a typical dark-ambient release. Sum Of R are mixing different influences with each other moving from pure cold and wet cellar music towards a more evasive format of dark music. They even experiments with psychedelic elements this way transforming their sound into a more cinematographic approach. Some pass       ages are pretty space-like while others have been carried by real percussion parts.

+ + + : The unusual result of this work is an aspect I especially like for its creative approach. Sum Of R feels comfortable with different influences and I especially enjoyed the psychedelic approach on cuts like “Hypnotic State”, but especially “After The Passing Of Risk”. In a more classical dark-ambient format “Desmonema Annasethe” is another track I highly recommend.

– – – : Next to a few brilliant tracks this album unfortunately also reveals a few cuts without real interest. I guess that’s often what you can expect from an album, but the gap between ‘great’ cuts and ‘poorly’ inspired cuts is too important.

Conclusion: “Orga” is an album I’ll keep in mind for its atypical approach, revealing artists who’re going further than the classical dark-ambient format.