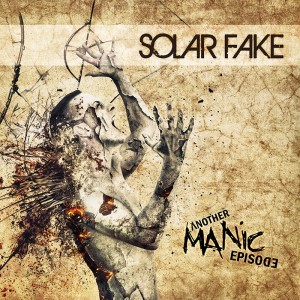 Content: Here’s album n°4 for Berliner based and adulated Sven Friedrich. He became a renowned artist as member of Dreadful Shadows and Zeraphine, but Solar Fake progressively became a recognized band as well.

This new work reveals 10 songs while the fans of the band will be also pleased that there’s a DCD-issue available plus a box edition for the heaviest fans featuring 3 discs and fan material.

The EP “All The Things You Say”, which was preceding this opus didn’t totally convince me so I didn’t know what to expect with the new songs. The debut tracks rapidly reassured me, revealing a more familiar body-pop approach. Especially “Fake To Be Alive” is built up a solid body-pop style featuring harsher vocals and a great chorus reaching nearby a climax.

The familiar “All The Things You Say” comes up next. It remains a beautiful song reflecting evasive parts and harder passages. We here again can speak about a successful fusion between sweet pop influences and harder EBM passages.

The least I can say is that you’ll get a ravishing debut part. The few songs next reveal a softer approach, which are more into evasive parts although inspired by darker lyrical themes. “Observer” has been injected by a sweet flavor of melancholia.

After this quieter passage Solar Fake moves back into harder fields. “Until It’s Over” is a powerful song, which makes me think to a kind of tech-core approach in pop music. It’s a little less weird, but damn efficient. “The Race Of The Rats” is the next noticeable song, which again explores the harder fields of EBM. There’s a sequence reminding me of E-Craft bringing the listener into real body-pop music.

The last songs move back again into softer compositions, which clearly are an important characteristic of the work. I’m not as much into this evasive approach although I fully recommend for to discover the beautiful “I Don’t Want You in Here”.

Conclusion: Over all the 4 albums of Solar Fake you clearly will notice the sound osmosis between EBM and synth-pop, but the new work is definitely more into quieter and wafting compositions while the harder pieces remain the best ones.