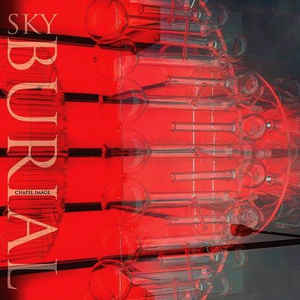 Background/Info: Michael Page has been involved with multiple projects, has worked with numerous artists and released an impressive list of productions. During the past few years he mainly focused on Sky Burial and released considerable list of productions on different labels. His newest album is the first one he released on the Polish label Wrotycz Records, which often is a guarantee for great music.

Content: “Chapel Image” features one single track, which invites the listener to embark for a sonic voyage that will move on for 45 minutes. The trip will be animated by a dark-ambient atmosphere reinforced by field recordings and multiple sound manipulations. The cellar atmospheres accentuate the visual aspect of the work. The final part reveals slow percussion loops mixed with dark noises.

+ + + : “Chapel Image” is a kind of sound collage featuring a wide spectrum of sounds and noises. From sharp and tortured sonic treatments to boiling sounds to multiple field recordings this work is an impressive sonic patchwork. It’s a long duration cut, but features numerous chapters. One of the main strengths of the work remains the visual aspect. The final part revealing some rhythmic is the perfect way to bring this album to its end.

– – – : I have already heard more fascinating work from Sky Burial. It however is a cool album, but maybe a little less predictable.

Conclusion: You get the sensation of diving into an obscure abyssal universe animated by obscure sonic passages. It’s a trip through the unknown, which might inspire dreams and maybe nightmares.