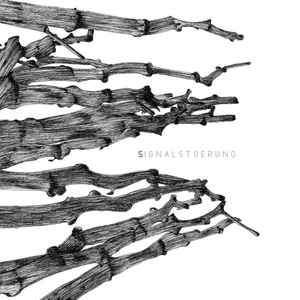 Background/Info: Signalstoerung is a German project, which is also one of the founders of the artist collective ‘global noise movement’ and ‘adventurous music’. Signalstoerung is in involved with audiovisual events, DJ-ing, podcasts and composing own music since the 90s. “S” appears to be the first album under the Signalstoerung moniker.

Content: The main part of the album is dominated by heavy, bombastic drones/drums with some electronic treatments on top. It sounds pretty experimental, but still very unique in its genre. And it’s not that easy to seize the ‘genre’ this artist is dealing with. The last part of the work is more elaborated and we here can notice interesting and somewhat visionary electronic treatments. Some parts are even touching ground with IDM.

+ + + : The main strength and characteristic of Signalstoerung appears to be the heavy rhythmic section, which is quite noticeable and creating a very own sound DNA. Once you’ve heard this sound it will become easy to recognize the band. The best cuts are the more sophisticated ones at the end of the album. I’m especially referring to “S2 – Copenhagen Edit” and “S3”.

– – – : The first tracks are pretty similar to each other. There’s not a lot of diversity and it gives me the impression of a less accomplished production. There clearly is a hiatus between some of the opening tracks and the last part, which is really exciting.

Conclusion: I can’t say I was deeply impressed by Signalstoerung’s “S”, but I’ve to recognize it’s a project with a very proper sound identity and that’s an element you don’t often find in contemporary electronic underground music.

Since you’re here … … we have a small favour to ask. More people are reading Side-Line Magazine than ever but advertising revenues across the media are falling fast. And unlike many news organisations, we haven’t put up a paywall – we want to keep our journalism as open as we can. So you can see why we need to ask for your help. Side-Line’s independent journalism takes a lot of time, money and hard work to produce. But we do it because we want to push the artists we like and who are equally fighting to survive. If everyone who reads our reporting, who likes it, helps fund it, our future would be much more secure. For as little as 5 US$, you can support Side-Line Magazine – and it only takes a minute. Thank you. The donations are safely powered by Paypal.
Tags: Signalstoerung