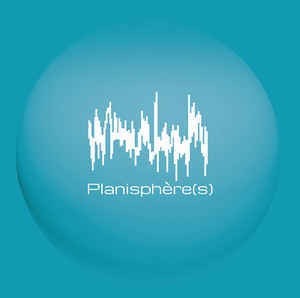 Background/Info: “Planisphère(s)” from the French solo-project Signal Bruit is the first release on Meshwork Music. This new German label was set up by Sevren Ni-Arb (X Marks The Pedwalk) while behind Signal Bruit is hiding ‘Member U-0176’ who’s running the French electro-label BOREDOMproduct while he’s also involved in the band Celluloide.

Signal Bruit was inspired by the book “Flatland – A Romance Of Many Dimensions” originally released in 1884 and written by Edwin Abbott Abbott. The main idea of the book deals with ‘a two-dimensional world occupied by geometric figures, where women are simple line-segments, while men are portrayed as polygons whose social status is determined by their regularity and the number of their sides, with a circle considered ‘perfect’ shape’.

Content: I’m always fascinated by concepts and especially about the way they’ve been transposed into music. The sound universe of Signal Bruit evokes some electronic pioneers. There’s a similar passion for evasive electro-space atmospheres and refined bleeps. Some of these bleeps might remind me of Celluloide, but complexity of the composition might also evoke Clock DVA. The work is pretty minimal, but will ravish sound freaks by the resonating bass lines and the global vintage format of the work. Notice by the way all of the tracks remain instrumental.

+ + + : Signal Bruit has constructed an interesting sonic bridge between early electronic pioneers and a more contemporary and especially personal sound creation. It’s a kind of sonic architecture that has been progressively built up till reaching a climax entitled “Révélations”. I like the minimalism of the composition and its rather atypical sound formula.

– – – : This album is a well-crafted composition although not exactly the most accessible one. This is not the kind of music you’ll hear in clubs, but which needs a few attentive listening before you’ll really seize its substance. Conclusion: “Planishpère(s)” is an atypical and ambitious work revealing a creative composer who clearly avoids  composing cheap clichés. This is a ‘difficult’, but deeply artistic creation.