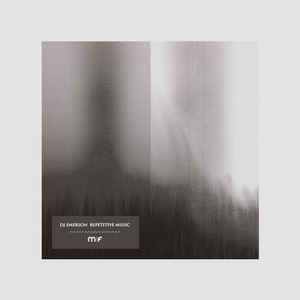 Background/Info: Simon Emerson Kidder better known as DJ Emerson is an established techno DJ and producer from Berlin. He released an impressive number of EP’s on different labels and now strikes back with his 3rd full length album available on digital, vinyl and CD format.

Content: DJ Emerson for sure deals with techno music, but I can’t say it’s the average techno sound. His work is spiced with multiple other influences, which are moving from mystic chants to d’n’b to some sensual and somewhat lounge compositions.

“Repetitive Music” rather sounds as ‘diversified’ music! The best way to really seize the sound sculptures of this work is to use headphones. You now will get a better idea about the impressive sound canvas created by the producer. He’s manipulating and re-creating tons of little noises, which are like sonic details although an essential aspect of the album. You sometimes get the impression to hear a kind of spooky techno format.

+ + + : DJ Emerson has this creative mind to make techno music really diversified and open-minded. It’s not just heavy, bouncing dance-kicks, but a composition based upon noise creation and the addition of multiple other influences. I like the mystical chants emerging at “Baba” and the somewhat more lounge-orientated “No Work Today” and “Nola”.

– – – : “Repetitive Music” sounds cool, but without a real and absolute highlight. The production is absolutely great and professional, but I’m missing a few cuts that you can’t get away from.

Conclusion: “Repetitive Music” clearly symbolizes the more visionary side of techno music, which opens new horizons for the further generations. I can’t however speak about a masterpiece rather than sophisticated techno music.