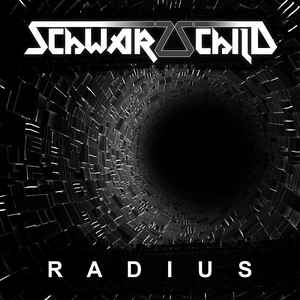 Background/Info: Schwarzschild is a German duo, which was founded in 2016. It didn’t take them that much time to release their debut album on Echozone while they also have released 2 EP’s.

Content: “Radius” stands for electro-pop, but I also can speak about future-pop music. The songs are carried by hard, danceable rhythms and great melodic leads. All the songs have been sung in their Mother tongue.

Both title songs from the EP’s have been released on the album as well. Especially “Wir Sind Nicht Allein” is a great piece of music.

+ + + : Schwarzschild doesn’t reinvent electronic-pop music, but clearly appears to be a talented duo with a nose to compose captivating melody lines. The band also reveals great writing skills. “Radius” doesn’t sound at all like a debut work. This is a well-crafted album featuring multiple noticeable songs and I’m really confident this band will, and especially in their homeland, become successful.

– – – : There’s a few softer songs on the album, which are more like melancholic breaks. That’s quite electro-pop as well, but definitely not the best exposure of this formation.

Conclusion: This is already one more newcomer in the wider fields of electro-pop music, but Schwarzschild sounds promising and have fully accomplished their debut full length!