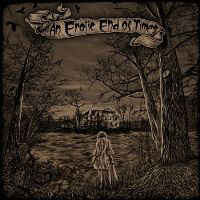 Content: The music and the vocals are reflecting a real state of passion. It’s a powerful production and dark production that rocks. There’s a perfect mix between gothic-, rock- and metal music while you will notice a few electronic treatments now and then. Some songs are reminding me of The Mission although this album sounds more into rock and metal.

– – – : We might speak about a rather successful work although “Chapter One” doesn’t really bring anything new. It sounds a bit like I’ve already heard this kind of production endless times before. The work features cool cuts, but I don’t see a potential hit!

Conclusion: A new band with a promising name is born! The content is maybe not that sexy and more into darkness.