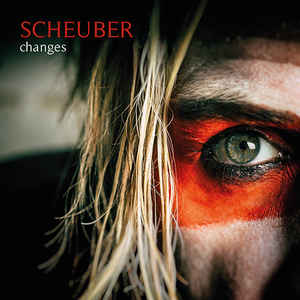 Background/Info: Dirk Scheuber (Project Pitchfork) last year took numerous music lovers by surprise unleashing his solo-debut “The Me I See”. The album revealed an alluring and totally accomplished dark electro-pop format on, which the artist exorcised some of his heaviest inner demons. Music heals all pains! One year later Scheuber is already back on track unleashing “Changes”.

Content: The music and inspiration hasn’t changed that much. The music still sounds dark and melancholic, which is true for the lyrics as well. Dirk Scheuber again invites the listener to chase some of his dramatic life experiences. That’s an aspect that comes really true when you pay attention for the lyrical content.

The music remains melodic, sometimes a bit moving into pop-rock influences, but definitely different from established standards. Dirk Scheuber again reveals to be a talented and passionate singer.

+ + + : “The Me I See” was not just a one-shot experiment and that’s for sure an important element, especially after this successful debut. So I was eagerly awaiting the second chapter in Scheuber solo-career. He has created a sound, which you can’t directly link with any other band and that’s a damned great thing. Scheuber is not a copyist and has enough experience to make a step away from  Project Pitchfork. He has found a great exit to cure his wounds, music becoming the perfect ally to beat any form of addiction. I like the melody lines and the melancholia running through the songs. The final tracks are more elaborated and definitely the best part of the opus.

– – – : “The Me I See” took me by surprise, but this album leaves me a bit skeptical. The debut album sounded more intimate while you really can feel the ‘pain’ on it while “Changes” maybe has a similar sensation for the lyrical content, but not for the composition. The songs are more repetitive and even predictable while I’m missing the climaxes from the debut album. It feels a bit like this album was more written in one and the same flow while missing the spirit that made “The Me I See” that successful.

Conclusion: I often hear artists saying that releasing a second album after a successful debut work is a bit of challenge! That’s a bit what I experienced listening to “Changes” from Scheuber. Don’t get me wrong, it’s a cool and entertaining work, but the work stands in the shadow of the debut opus.