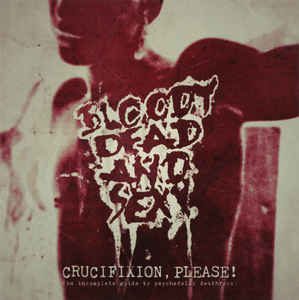 Background/Info: To celebrate their 20th anniversary Bloody Dead And Sexy together with their label Alice In… has released this compilation featuring songs from their different albums plus some rare- and previously unreleased material.

Content: For all of those who aren’t that familiar with those German ‘punks’, you better put your finger on this compilation, which sounds in the purest post-punk and 80s tradition. Bloody Dead And Sexy has always sounded to me like the offspring between early The Birthday Party (for the punkish touch) and The Cure, Bauhaus, The Sisters Of Mercy (for the new-wave sound).

This album takes off with the new song “White Noise Paranoia”, which is totally representative of the band’s oeuvre while carried by a great chorus. This band avoids any innovation, but are just experts in bringing good-old new-wave music to life. On top of it all you’ll (re)discover the passionate vocals.

The little bonus –next to the opening song, consist of a few demo-versions, an extended version of “Sick 6 Minutes” and the final track (cf. “Plastic Night Sky” featuring Gitane Demone.

+ + + : This is a great compilation featuring some of the finest hits from Bloody Dead And Sexy. Those ‘punks’ of modern times really sound like they were active during the 80s and I’m sure they would really enter into history. This album smells like the good-old new-wave music and post-punk. I like the great guitar playing and dark bass parts joined by a possessed singer, who clearly is the soul of the band. The final song featuring Gitane Demone is the best way to conclude.

– – – :  I for sure know 80s purists speaking about ‘blasphemy’, but I don’t think there’s anything wrong getting inspired by 80s new-wave music when it’s composed and played with knowledge and bringing the real spirit to life! But in the end it for sure brings nothing new to a music genre featuring numerous icons!

Conclusion: “Crucifixion, Please!” feels like taking a time-machine bringing you back in the darkest hours of new-wave music and other post-punk productions! Pure nostalgia and several great songs!