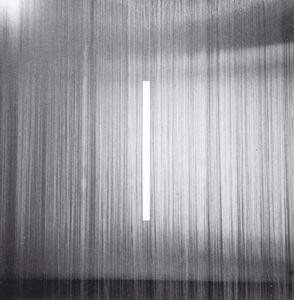 Background/Info: Samuel Kerridge is a Berlin based producer who received some recognition in the wider fields of techno music. He progressively evolved towards new sonic horizons, which he last year revealed on the album “Always Offended Never Ashamed”, which was an amazing piece of ambient high-tech music.

Content: This new album is a double 12” vinyl featuring a total of 7 songs. The global style and influences are different from the former work and more into an exploration of industrial electro creation and pure experimentalism. A few passages reveal the technoid basis of Kerridge, but it has been reworked into a minimal and even noise-minded electro format.

The vintage aspect of this work has been reinforced by impressive sonic manipulations. Some of the tracks are not exactly what I would call the most accessible format of electronic music, but it simply reveals the eclecticism of the artist and his impressive skills as a producer. Even some robotic and fragmented vocal passages are into the pure experimental vein of the work.

– – – : Some cuts are not exactly what I would define as ‘accessible’ for a wider audience. Samuel Kerridge maybe abused a bit of the experimental/minimal approach.

Conclusion: Samuel Kerridge clearly appears to be a visionary artist who’s innovation and analogue sound creation is like the future sound of industrial noise.