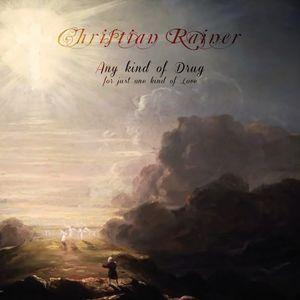 Background/Info: Christian Rainer is a multi-instrumentalist from Bologna (Italy) who already released a considerable number of productions. I’m not surprised to see this artist joining hands with Minus Habens as his sound profile clearly fits to the cinematographic approach of the label;

Content: There’s an inside picture featuring a painting by Thomas Cole who was an American painter inspired by some elements of Romanticism. This picture totally fits to the kind of music composed by Christian Rainer who seems to invite the listener to join an imaginary movie. The work is mixing multiple melancholic passages with pure reverie.

It’s not only a kind of soundtrack approach, but still a kind of ‘chanson’-style, which sometimes comes close to the work of Jérôme Reuter(Rome). Rainer invited several guest musicians to play acoustic and classic instruments like cello, violin, guitar, flute, tuba, drums ao. It injects this authentic and sensitive feeling while the piano parts played by Christian Rainer himself are like reflecting the delicacy of the work.

The vocals match with the ‘chanson’-format. Most of the songs have been sung by Christian Rainer, but I also have to mention a remarkable duet on “Strong Enough”.

+ + + : I like the melancholic mood running through this opus, which also reveals a few beautiful and deeply artistically accomplished songs mixing elevating strings and dark-‘chanson’-folk music.

– – – : I regret most of the songs are pretty short, which creates a somewhat fragmented feeling.

Conclusion: This album stands for artistic beauty while the soundtrack genre reminds us of how important music can be when it comes to movies and documentaries.

Since you’re here … … we have a small favour to ask. More people are reading Side-Line Magazine than ever but advertising revenues across the media are falling fast. And unlike many news organisations, we haven’t put up a paywall – we want to keep our journalism as open as we can. So you can see why we need to ask for your help. Side-Line’s independent journalism takes a lot of time, money and hard work to produce. But we do it because we want to push the artists we like and who are equally fighting to survive. If everyone who reads our reporting, who likes it, helps fund it, our future would be much more secure. For as little as 5 US$, you can support Side-Line Magazine – and it only takes a minute. Thank you. The donations are safely powered by Paypal.
Tags: Christian Rainer