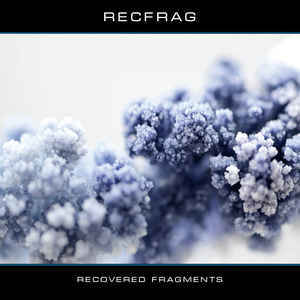 Background/Info: RecFrag is a Belarusian solo-project driven by Dmitry Nikolaenko. He previously released a digital debut-album “Burning Rime” (2015) on Solanic plus a few digital EP’s. The project is now signed to Aliens Production, which will hopefully give more exposure to this interesting project.

Content: “Recovered Fragments” definitely features some of the familiar ingredients you can directly hear when listening to Aliens Production-releases. There’s a similar taste of electro-minimalism inspired by different genres like IDM, electro-ambient, d’n’b and cinematographic passages.

This is a sound that gives you the impression tht it is directly coming from a sonic laboratory. You can feel a true love for sound creation and manipulation, and also wafting sound waves and different little bleeps, which are like hidden in the background.

The final part of the work features remixes by Xsodect, TOD, Tokee and Ish.

+ + + : RecFrag is a project that will appeal to lovers of ultra sophisticated and complex sound creation. You get the impression that the creation of sounds and noises is often more important than harmony. This album needs several listenings before you can really seize the complexity of the sound sculptures. Just play it loud, close your eyes and listen or use headphones. It’s really important to create the right circumstances to discover this work. You’ll be surprised by the interaction between wafting sound passages and electro-industrial treatments. You’ll also notice the broken beats and hard sound blasts intermixed with discrete, but essential bleeping noises.

– – – : “Recovered Fragments” is what I should call a ‘difficult’ album. You have to be patient and give it several tries before seizing the real impact of the work. It however remains a complex and a less accessible work for its mainly experimental creation. I expected a bit more from the remixes.

Conclusion: RecFrag got signed to the right label to release its music. “Recovered Fragments” is a progressive electronic production dealing with intelligence and sound passion.

Since you’re here … … we have a small favour to ask. More people are reading Side-Line Magazine than ever but advertising revenues across the media are falling fast. And unlike many news organisations, we haven’t put up a paywall – we want to keep our journalism as open as we can. So you can see why we need to ask for your help. Side-Line’s independent journalism takes a lot of time, money and hard work to produce. But we do it because we want to push the artists we like and who are equally fighting to survive. If everyone who reads our reporting, who likes it, helps fund it, our future would be much more secure. For as little as 5 US$, you can support Side-Line Magazine – and it only takes a minute. Thank you. The donations are safely powered by Paypal.
Tags: RecFrag, Xsodect