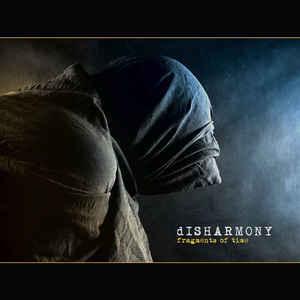 Background/Info: Lord Sauron (Headdreamer, Oxyd) and Ryby (Oxyd and Aliens Production owner) have been active under the Disharmony moniker since the early millennium years. They released considerable number of productions on different labels (like Broken Seal, Monopol Records, Tympanik Audio and of course Aliens Production). The Slovakian duo accomplished this new album, which is the first new studio album since “Room 78” (2013).

Content: Disharmony belongs to this selected group of sound architects for whom sound creation is the basis of all work. It creates a sophisticated production driven by broken- and down tempo rhythms and unique sound treatments. The writing is complex and often inspired by a kind of astral sound dimension. This electronic universe might remind you of Haujobb, but Disharmony is more into exploring the experimental fields.

+ + + : Disharmony takes care to compose an intelligent composition, which has a visionary feeling. It’s a creative process, which might remind you of some other formations in the genre however it remains original and not very comparable to others. “Fragments Of Time” is a sonic universe you really have to visit to realize the complexity of the work and the fascination for sound creation. It also remains a dark experience in sound, but with some evasive feeling. It finally is an album featuring several outstanding tracks.

– – – : The somewhat experimental approach, because of the complex writing and sound treatments, might be the only reason why people will not like this kind of music. It clearly is an antidote to typical 4×4 song structures so in the end it’s maybe only accessible for a restricted number of music lovers.

Conclusion: Disharmony is driven by the creative spirit of real sound wizards. “Fragments Of Time” is one of the artistic releases from the end of 2016 while Disharmony remains one of the most creative productions from Slovakia.