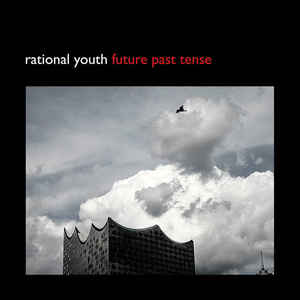 Background/Info: Set up and mainly active during the 80s, the Canadian electro-pop formation Rational Youth got reactivated in the late 90s. The band is driven by the artistic input of Tracy Howe (who played guitar in Men Without Hats). “Future Past Tense” rather looks like a mini-album featuring 6 songs.

Content: Rational Youth clearly holds on to their original influences made of analogue sound treatments and little poppy bleeps. The songs sound into pure vintage electronics and you can even feel the spirit of Kraftwerk hanging over some songs. The debut part is great and will definitely appeal for the finest 80s electro-pop lovers.

There are two parts featured on this production. After the fascinating and pure old-school part we progressively get into a rather ‘usual’ and more contemporary electro-pop music. It remains pretty entertaining, but without similar magic. The last song (cf. “Unveiling The Secret”) is a rather surprising cover from Psyche although not that unusual as both bands worked together on the 7” “Thunderstuck/Underrated”.

+ + + : The vintage-minded tracks are great and bringing good-old 80s memories back to life. The songs have been accomplished with refinement and great analogue treatments. The vocals are rather clear, but reflect a certain coldness.

– – – : The ‘poppier’ side of work is not the most exciting one. It all feels like Rational Youth tries to embrace contemporary electro-pop formats, but without similar grace and passion.

Conclusion: “Future Past Tense” is a production with 2 faces; a great retro-minded orientation and a rather average and more contemporary format.

Best songs: “This Side Of The Border”, “Western Man”.

Since you’re here … … we have a small favour to ask. More people are reading Side-Line Magazine than ever but advertising revenues across the media are falling fast. And unlike many news organisations, we haven’t put up a paywall – we want to keep our journalism as open as we can. So you can see why we need to ask for your help. Side-Line’s independent journalism takes a lot of time, money and hard work to produce. But we do it because we want to push the artists we like and who are equally fighting to survive. If everyone who reads our reporting, who likes it, helps fund it, our future would be much more secure. For as little as 5 US$, you can support Side-Line Magazine – and it only takes a minute. Thank you. The donations are safely powered by Paypal.
Tags: Kraftwerk, Psyche, Rational Youth