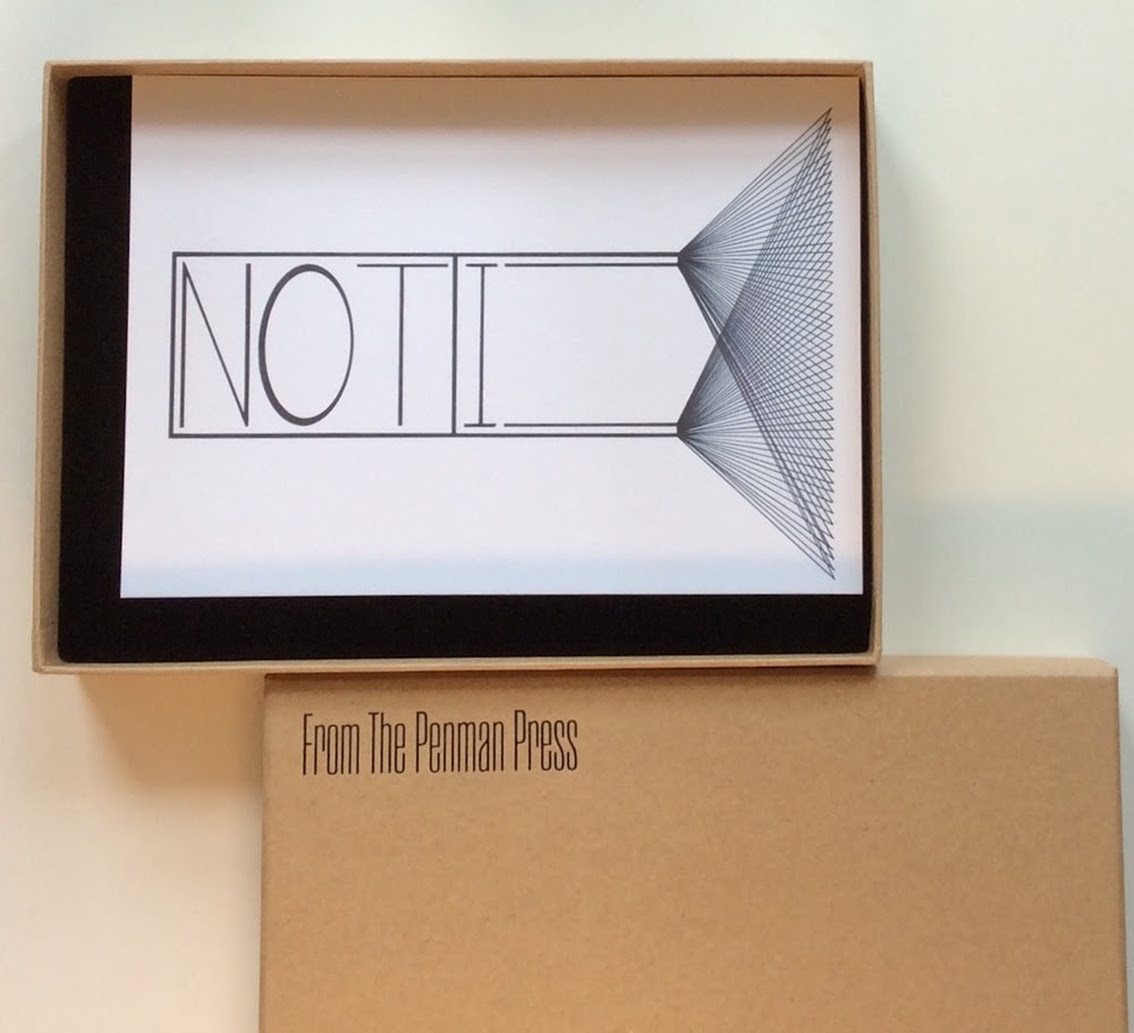 A few weeks ago Paul Kendall showed us his 10 favourite studio tools, today we can finally announce that there is a new release coming from the PK studio as well: the “From The Penman Press” boxset. Paul Kendall explained us in a chat how this new release came to birth.

PK: “I am more of an athesistic-marxist-feminist miserabalist than I was before, must be something to do with the ageing process. I have done no sound work for 3rd parties since last October and I feel good. poor, but good. I have been concentrating on the visual aspect of creation, graphic/geometricised pen and ink drawings of shapes and words/ letters. Then I decided I needed to scan these objects so I have gone through steep learning curves of scanning/ printing/photoshop/vector design, as I have tried to express moving from sound to visual in one phrase using a manipulated bowie lyric: “Attempting the translation of 4 decades of 2D Sound Architecture into 10 week crash course for the graphic engRaver, sinking in the not so quicksand of my thoughts”.” 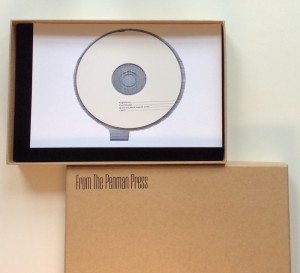 The result of all this is that on July 13th Kendall will release a limited edition of 100 copies through Cat Werk Imprint an A5 size Box Set, titled “From The Penman Press”. The boxset will contain 10 original A5 artworks which have been drawn, scanned and printed by Paul Kendall, “and as such every element in the box will be covered in my DNA” Paul adds.

Also in the box is a re-imaging on CD of Kendall’s “Angleterror” album. Paul: “From its digital only release in 2011 I have adjusted some things which time has allowed me to improve, but the real source of happiness for me is having the album properly mastered and a further layer of aural excitement brought into focus by @poemproducer AGF.”

The final 2 elements of the Box Set are A5 sheets again, one of which is a hand printed letterpress credit sheet and the other a composite scan of all 10 pieces of artwork called, “Suggested Orientation”. Paul: “I am fully intending to refocus on the visual so the box set should be considered as a limited edition art object not a limited edition CD, this will be reflected in the retail price.”

You can order your box set right here from the Catwalk Imprint label run by Kendall’s wife Olivia Louvel.