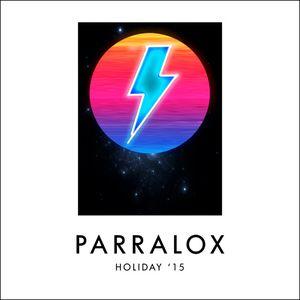 Background/Info: This is the 8th full length released by Parralox, which remains driven by the creative mind of John Von Ahlen. The Australian band remains one of the most recognized synth-pop formations from Australia.

Content: The least I can say is that Parralox doesn’t repeat them and this album is something really apart from what they’ve done before although nothing new in history. The electro-pop approach and inspiration remains the main basis, but there also is a noticeable cabaret and cinematographic approach. This album is an ode to some of their favorite bands and that’s why it features cover versions of bands like Rational Youth, Psyche, Camouflage, Pet Shop Boys and Human League (5 covers).

“Holiday ‘15” sounds more minimal and that’s precisely the kind of cabaret-touch emerging from the composition, which also makes the originality of these covers. It has been mixed with some good-old ‘retro’ influences of the original versions. It reminds me sometimes of Marc Almond while there’s no cover of this artist. You now and then also will notice some funky arrangements and nu-disco effects adding a glitch touch to the work.

+ + + : This is an original and creative adaptation of some ‘classics’. I like the approach of the covers.

– – – : “Holiday ‘15” doesn’t exactly sound danceable and that’s maybe a pity when you have some original songs like “Being Boiled” and “Gods And Monsters” in mind.

Conclusion: The cover concept is an old formula that has been used and abused by numerous bands, but Parralox tries to achieve it with some refreshing ideas and totally reworked the original songs.

Best songs: “Gods And Monsters”, “Always On My Mind / In My House”, “I Want To See The light”, “Morale / You’ve Lost That Loving Feeling”.