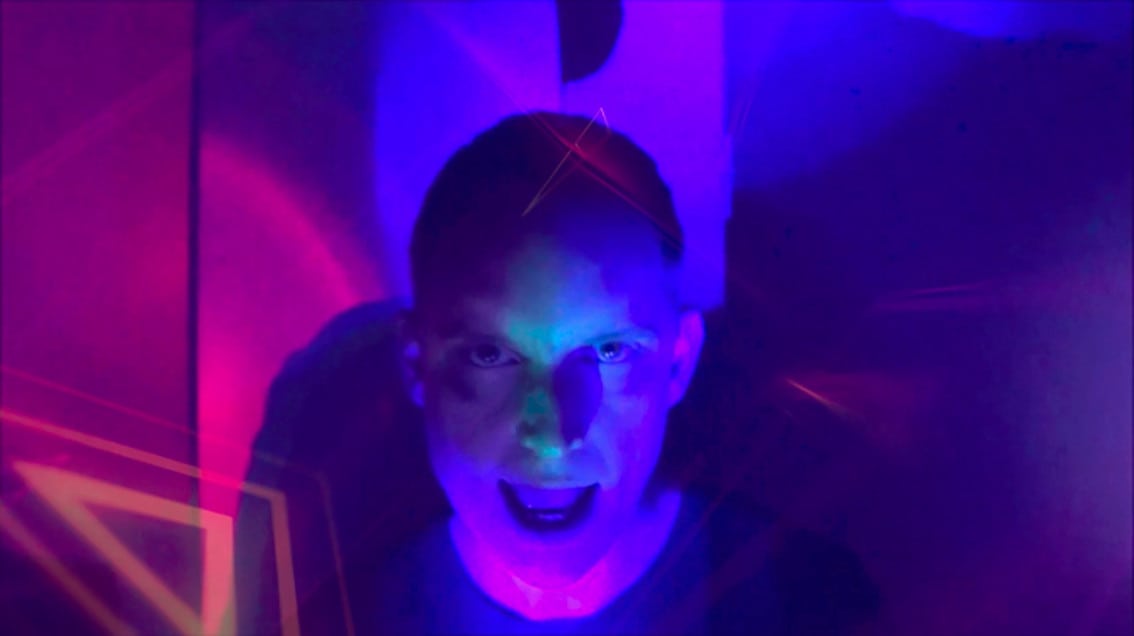 Out now is “Store Debit”, the second album by the one-man project Cyber Monday, a UK synthpop project incorporating EDM elements in its sound. Signed to Pink Dolphin Records, you’ll find influences on his work including Erasure, Soft Cell, Human League, Depeche Mode and more modern artists such as FrankMusik, Client, Marsheaux or The Modern.

We sat down with Cyber Monday for an interview.

SL: What brought you to do electropop?

CM: Because I was bought up with my parents listening to Human League in the car, Soft Cell on the radio, etc the music genre became part of me. I started composing music on my synthesizer in my bedroom from the age of around 6 and I used to record it on a cassette player. I then started producing music on the Amiga in my bedroom around the age of 8, and it carried on from there.

SL: What is your background in music, any previous bands you were in?

CM: I was unsigned for 10 years before I was signed. It was a difficult battle to find the right label but eventually I found the right one. They fully support me in everything I do and enhance the interaction with fans which help immensely.

SL: Can you explain to our reader what Cyber Monday is?

CM: Cyber Monday is an event that was invented in the US but is also present in the UK which offer 1 day sales on technology. It makes people panic purchase and relies on impulse buying. It has proved very effective and is becoming a lot more popular.

SL: Who are your music influences?

CM: I have grown up with Soft Cell, Erasure, Human League, Depeche Mode and love the retro style, however there a lots of modern synthpop artists that I really equally love such as Parralox, FrankMusik, and Marsheaux. Which is great to know that the Synthpop world still exists although less mainstream.

SL: What is your studio setup?

CM: I still label myself as a bit of a bedroom producer as I now use just an iPad with Cubasis and many synth apps to get the right sound. I also like experimenting with my Teenage Engineering OP1 so my setup is very small indeed, yet portable that I can produce from a hotel room or on a flight if necessary.

SL: How did you end up with your current record label?

CM: Pink Dolphin Records I came across online and sent them a demo of my music, they were very happy to have me on board. They feature lots of genres but mainly from electronic genres. We keep in contact often and work really well together. They have helped me get my music out on USB, Vinyl, CD, Digital and we bounce ideas off each other and it just works very well. It’s like a special musical relationship ? and they feel the same way too.

SL: What have you released so far?

CM: My Debut Album was titled ‘Store Credit’ and I have just released a remix alternative album from the back of the debut album known as ‘Store Debit’ I have also just released a video from the ‘Phone Me’ track featured on both albums.

SL: What’s the story behind the album?

CM: Well I have always been fascinated by technology and online shopping and the phenomenon of retail marketed promotional events such as ‘Cyber Monday’ and ‘Black Friday’. Store Credit is a vocal album which includes various tracks such as Physical Attraction. The story behind Physical Attraction is will you buy that £1000 ring online just because you are physically attracted to someone. My story lines can go quite deep lol.

SL: What else have you been up to?

CM: Well I am working on a Covers album which I am very excited about. I think it will give me more promotion in getting my music out there. I am hoping to release it later this year. I have done a remix for a modern synthpop artist, also looking at instrumental tracks in the future to give my vocals a rest lol. I think it will be interesting for fans to see the contrast with instrumentals compared to my vocal music.

SL: Where can we buy your music from?

There is a new USB option to purchase my last 2 albums including bonus tracks on a cool USB stick. It features a total of 31 Tracks! And is available here.