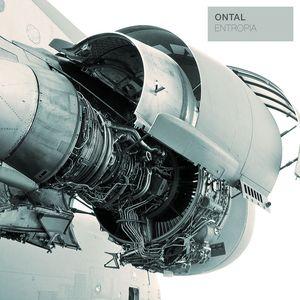 Content: Ontal is a Serbian duo set up by Boris Noiz and Darko Kolar. They released an impressive number of EP’s in a rather short lapse of time and released a full length together with Dronelock (cf. “The Topics”) earlier this year. They joined Ad Noiseam to unleash their first ‘solo’-album featuring 9 cuts.

“Entropia” is a rather diversified opus, but the main ingredients are a mix of industrial and techno music. It sometimes is hard to seize where this album is leading us. Ontal explores multiple influences and ideas, but the common element is the kind of bombast, which serves as cement to hold all the songs together. There also is a real hard dynamic emerging from several cuts while the sound manipulations reveal the work of pure sound freaks. “Terraform” featuring Fausten is a remarkable exposure of the band’s diversity and their fascination with sonic treatments.

The work also explores a few calmer passages, but the heavier cuts are definitely the real noticeable ones. The title track is one of the hardest cuts, which even moves into a kind of power-noise approach. “Transmigration” is another exposure of this merciless approach, but there also is a kind of trance feeling emerging from the writing.

Conclusion: “Entropia” is a varied composition, but mainly revealing an industrial-techno approach.