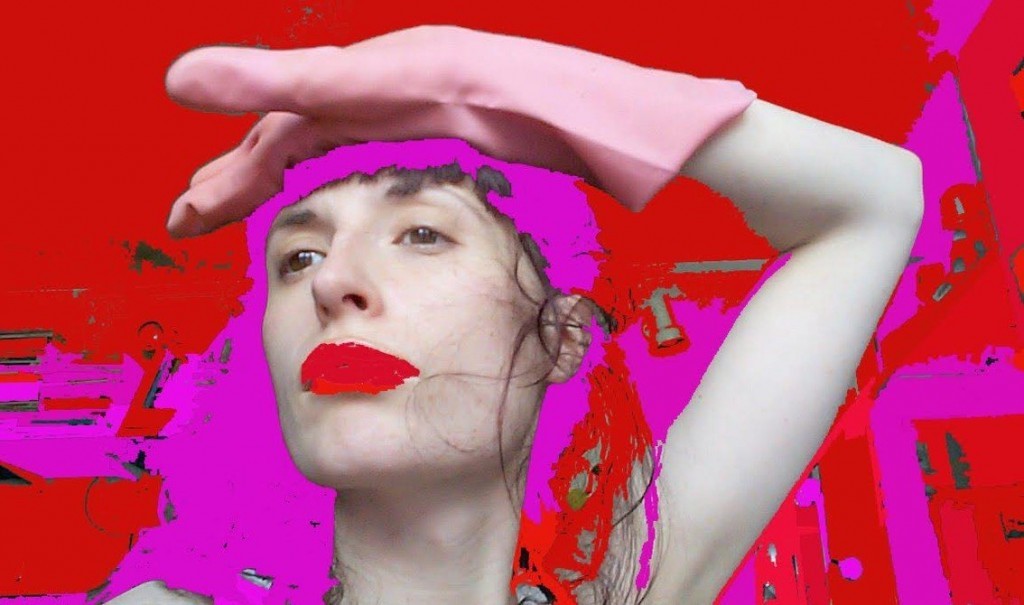 10 years ago, Gerhard Potuznik released the debut album by Olivia Louvel, “Luna Parc Hotel”, on his Vienna based label Angelika Koehlermann. “Luna Parc Hotel” was produced in Paris between 2003-2005. To mark this anniversary, the french born electronic chansonnière has made “Luna Parc Hotel” available as a digital download via her own Cat Werk label’s Bandcamp page.

The album has been remastered by electronic sound wizard Paul Kendall at the Tin Foil studio. Note that Paul Kendall also executed additional production on this album. He did the drum programming on “How Nice”, “I Dream”, “Tango”, “La Chute”; did the eventide cloud on “The Motel”, the cello sound on “I Dream” and the music box editing on “La Chute”.

Included in the release, as a bonus item, is a high quality digital version of her handmade arty scrapbook which combines various notes on the process of producing the album, splashes of paint and previously unseen photos. The new cover image is a self-portrait shot circa 2004 in Paris, initially discarded for the artwork release.

The album features a duet with Michael J Sheehy (guitar) on the David Bowie song “The Motel” (then from the “Outside” album), which was recorded live at Michael’s flat in Bloomsbury London in 2004.

Physical copies of the album are also available, right here.