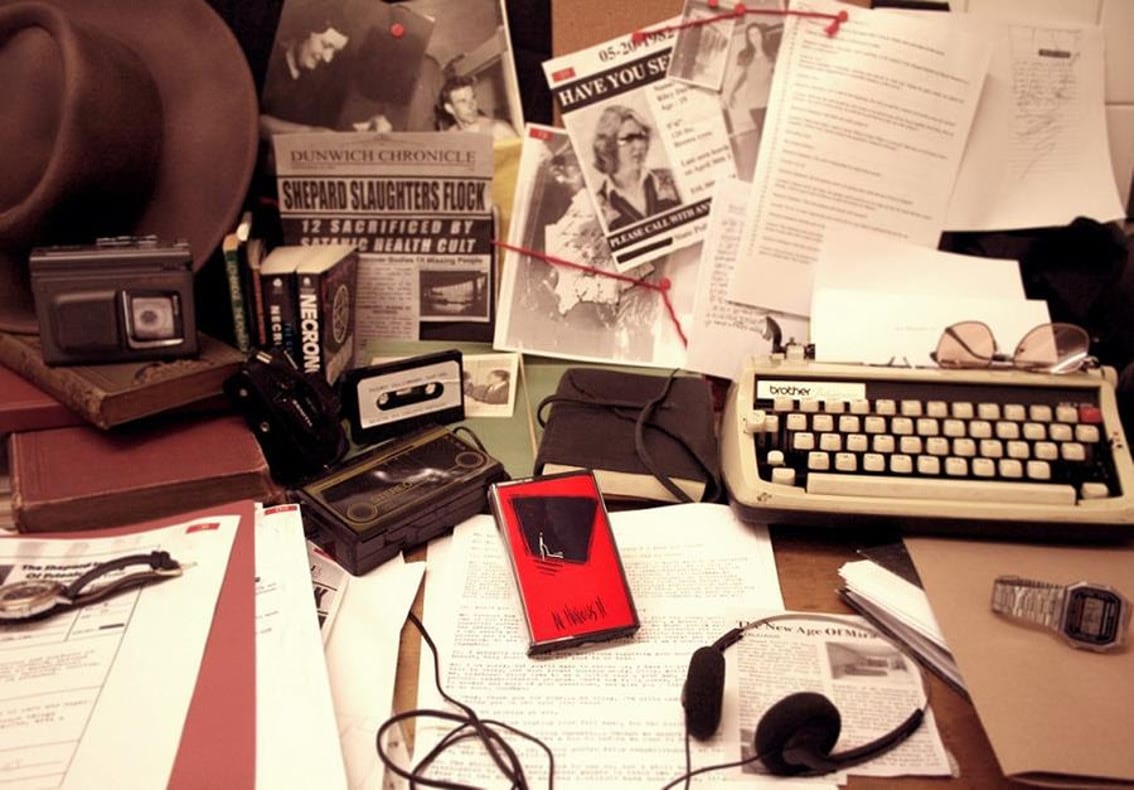 “All Hallows’ II” is a full-length studio album by Robin Ogden (OGRE) and Dallas Campbell. The sequel builds upon the previous instalment of ‘All Hallows’’.

The soundtrack is the fourth instalment of their many transatlantic collaborations and includes – and here we enter the fiction part – the unaltered case files of the events of 1983 and what really happened at The Shepard Institute For Psionic Inquiry, by examining the interviews, reports and artefacts, which are included both digitally with the release and physically with physical versions of the soundtrack.

The soundtrack features 24 tracks and will be released both digitally and on cassette with a special edition physical package of “All Hallows’ II” including a hard print copy of the story component and a ‘found artefact’ meditation cassette. A separate selection of B-sides and cuts entitled: “All Hallows’ II: Coda” will follow the release.

Below is a first preview.

Since you’re here … … we have a small favour to ask. More people are reading Side-Line Magazine than ever but advertising revenues across the media are falling fast. And unlike many news organisations, we haven’t put up a paywall – we want to keep our journalism as open as we can. So you can see why we need to ask for your help. Side-Line’s independent journalism takes a lot of time, money and hard work to produce. But we do it because we want to push the artists we like and who are equally fighting to survive. If everyone who reads our reporting, who likes it, helps fund it, our future would be much more secure. For as little as 5 US$, you can support Side-Line Magazine – and it only takes a minute. Thank you. The donations are safely powered by Paypal.
Tags: Dallas Campbell, Ogre, Robin Ogden