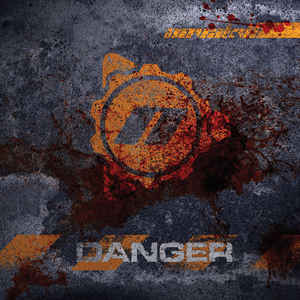 Background/Info: Set up 20 years ago by the Australian duo ‘BONES’ and ‘SiK’, Novakill is back on track unleashing their 4th full length after a hiatus of 7 years. The album is again released on RepoRecords and reveals 11 new songs.

Content: Novakill holds on to their familiar and successful sound formula, which mainly consists of pure EBM driven ingredients. The songs are mainly driven by slow BPMs, but the entire production remains pretty danceable. It’s a formula reminding me of numerous 90s productions, which remains the main source of inspiration of the band.

“Danger” is a kind of dark-body-music production revealing icy, but aggressive sequences empowered by some extra powerful sound blasts. The drums reveal a few metallic percussion sounds, which is another familiar EBM element.

+ + + : Despite of the lack of innovation, “Danger” is a well-crafted album with a professional production process. It mainly comes through in the music, and also in the vocals. I like the sound treatments and powerful boosts running through the work, but also the impressive vocals production. “Danger” also reveals a few lyrical ‘engaged’ themes.

– – – : You don’t really get the impression that Novakill is striking back after a long silence. This album could have been perfectly released 10 years ago. They clearly avoid any form of innovation and that’s maybe a pity.

Conclusion: “Danger” sounds a bit like eating your favorite plate; you don’t want to change the recipe, you just what to hold on the familiar ingredients to get the taste of your meal.