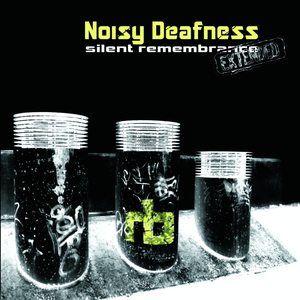 Content: You’ll quickly notice the old-styled EBM influences running through this album. Noisy Deafness sounds like a voyage through the 90s. I don’t have anything against retro-inspired body-music productions, but I’m rather disappointed by the global production of the songs.

I don’t know if both last songs of the album are the newer, but they reveal some extra elaboration and a harder kick. I got the impression of hearing another band on “Conception” and “Joy”.

Both remixes by subLOGIC and John D. Walkman are well-crafted pieces adding an extra boost to the work. There also is an extra song, which is nothing exceptional although more inspired than the rest of the tracklist.

+ + + : The 90s minded EBM inspiration is cool and I also enjoyed the production of the vocals. Both remixes add power, which is mainly missing.

– – – : I can’t imagine this album entering into the history of EBM. The songs are under produced and unaccomplished by the exception of a few cuts.

Conclusion: I’m still supporting a label like Electro Arc, which has a nose for new and talented EBM acts (think of Akalotz), but this debut album by Noisy Deafness can’t convince me at all. Let’s not forget it concerns a debut full length so I hope the best is yet to come.