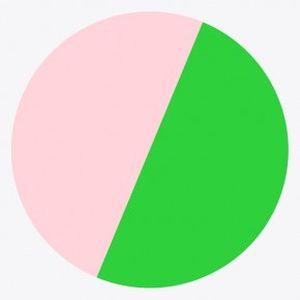 Content: Italy and experimental music is a bit of a long-time love affair. This country counts an impressive number of experimental artists in different genres and Niton is one of them.

A debut full length album was released two years ago, but the new work has been announced as more ‘accomplished’. Behind this work hides inspiration from the Greek mythology. ‘Tiresia is Greek mythological foreseer who lived for 7 years of his life in the body of a woman. When Era – wife of Zeus – asked him whether sexual pleasures were stronger as a man or as woman, Tiresias replied without hesitation that if the pleasure of love was made up of ten parts, the woman would have nine and the man only one. Furiously she blinded him.

Tiresias is the only being to have incarnated the profound opposites. He experienced the unpleasant truth and told it. He overturned the commonplace. Blinded, he saw beforehand the desert ruins of the human being’. I think it’s a fascinating story to transpose into sound.

It rapidly becomes clear that this work moves into pure experimentalism composed by field recordings, noise treatments, but still there is also the use of cello as well. It sounds a bit like opposites coming closer of each other, but it’s a rather familiar formula in experimental music. Both debut cuts reveal a fascinating although abstract sound. The work progressively evolves into somewhat mysterious passages and dark atmospheres. The compositions were built up with attention to detail while you can feel some true passion for the creation of sounds. “Bewno” is an interesting illustration and a track that will hold you in its grip for more than 10 minutes.

Different cuts reveal a strong cinematographic appeal, which is empowered by symphonic treatments like at “Had Is The Weakest Point”. I also like the kind of thunder sounds resonating in the background. A few tracks at the end of the album are more overwhelming for their interesting mix of noise and ambient music. The work is empowered by dark passages and a few pulsating drones.

Conclusion: This is an impressive experimental work featuring multiple sounds and noises. It all sounds like a sonic puzzle made of endless little pieces, which in the end create a compact sonic work.