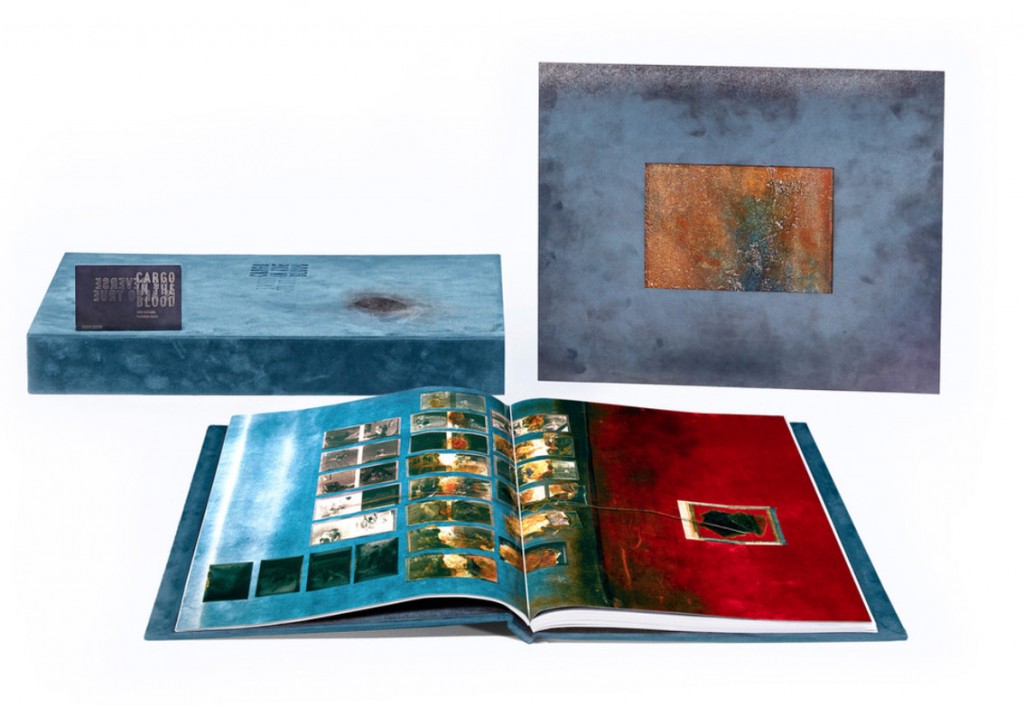 The book holds 320 pages and comes accompanied by an original mixed media painting by Mills housed in a cor-teen steel frame. Added is a custom laser-etched steel card numbered between 1 and 2000. Each set is bound in a plush cotton and rayon flocked material while the exterior features debossed and foil stamped lettering and a hand cauterized mark. The pages have been printed with metallic silver and 4CP UV inks.

Each set will contain original artwork and markings that will vary in appearance compared to the picture we show above. You order it here.