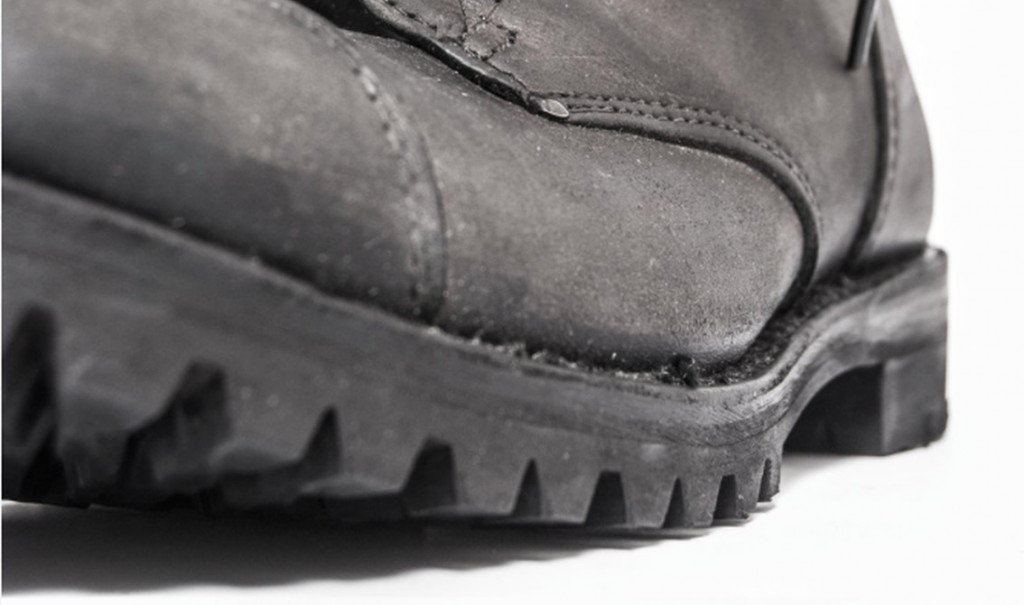 So in short, start scraping together all the pennies you can get ahold of… you’ll need it! You can get a glimpse right here.

The designer clothing brand N.I.C.E. Collective was founded in 1997. Though their focus is on menswear, the designers also produce collections for women as well. In the past N.I.C.E. Collective has outfitted tours for Coldplay, Nine Inch Nails, Smashing Pumpkins and The Police. The line’s celebrity following includes Robert Pattinson, Gavin Rossdale and Brad Pitt.

Which means you’ll be in good company if you get a pair :). Keep in mind that the price is not really exceptional considering this is not cheap Chinese import… local products cost more because of the non-use of cheap (Chinese, Vietnamese, Indian, …) (child) labour. Just saying.

Since you’re here … … we have a small favour to ask. More people are reading Side-Line Magazine than ever but advertising revenues across the media are falling fast. And unlike many news organisations, we haven’t put up a paywall – we want to keep our journalism as open as we can. So you can see why we need to ask for your help. Side-Line’s independent journalism takes a lot of time, money and hard work to produce. But we do it because we want to push the artists we like and who are equally fighting to survive. If everyone who reads our reporting, who likes it, helps fund it, our future would be much more secure. For as little as 5 US$, you can support Side-Line Magazine – and it only takes a minute. Thank you. The donations are safely powered by Paypal.
Tags: Nine Inch Nails, Trent Reznor