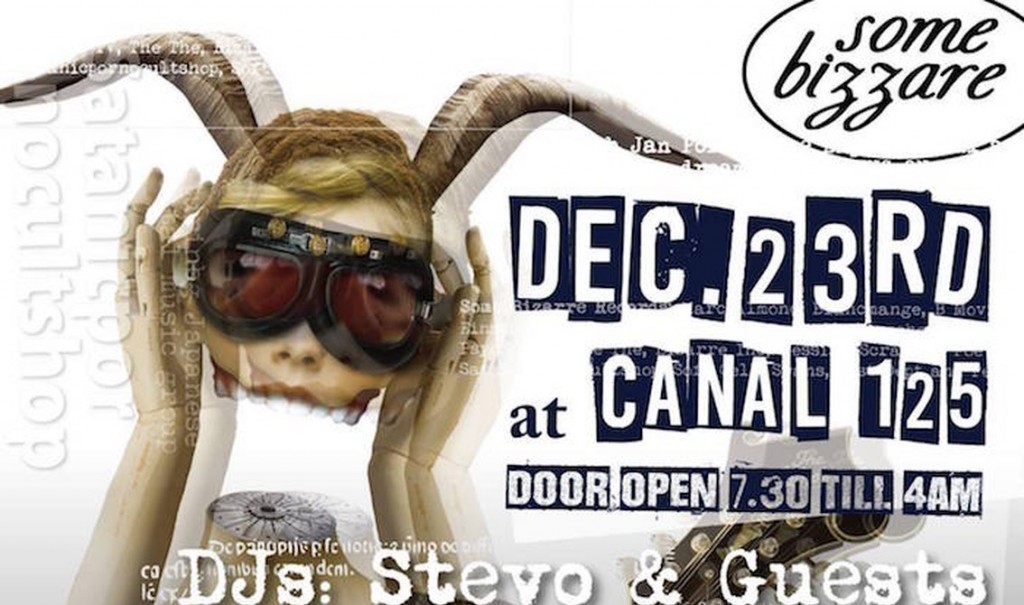 The 23rd of December sees the launch of a series of 12 monthly parties organised by the cult record label Some Bizzare at Canal 125 in London. The parties will take place every 3rd Wednesday of each month and each will be related to an animal sign according to a 12-year-cycle.

The entry for the opening night – ‘Some Bizarre’s Christmas Session’ – will be free and will see the Japanese experimental band Satanicpornocultshop taking the stage to present their upcoming album “Catholic Sunspot Apron”. Next to that label boss Stevo will be DJing together with a few guests. Satanicpornocultshop is a Japanese experimental music making assemblage-style compositions that incorporate a variety of musical styles and techniques. The group draws heavily on hip hop and electronic influences and utilizes samples to define their sound. In 2010, they signed with Some Bizzare Records, and released the album “Arkhaiomelisidonophunikheratos”.

Wednesday, 20th of January 2016 will feature the Portuguese experimental music artist Pedro Granja Carvalho aka Pedro INF at work. His main style can be categorized as IDM, braindance, or experimental electronic music. He began recording at the end of the 1980s when he was a member of the industrial Portuguese band from 1989-1994 named Ode Filipica.