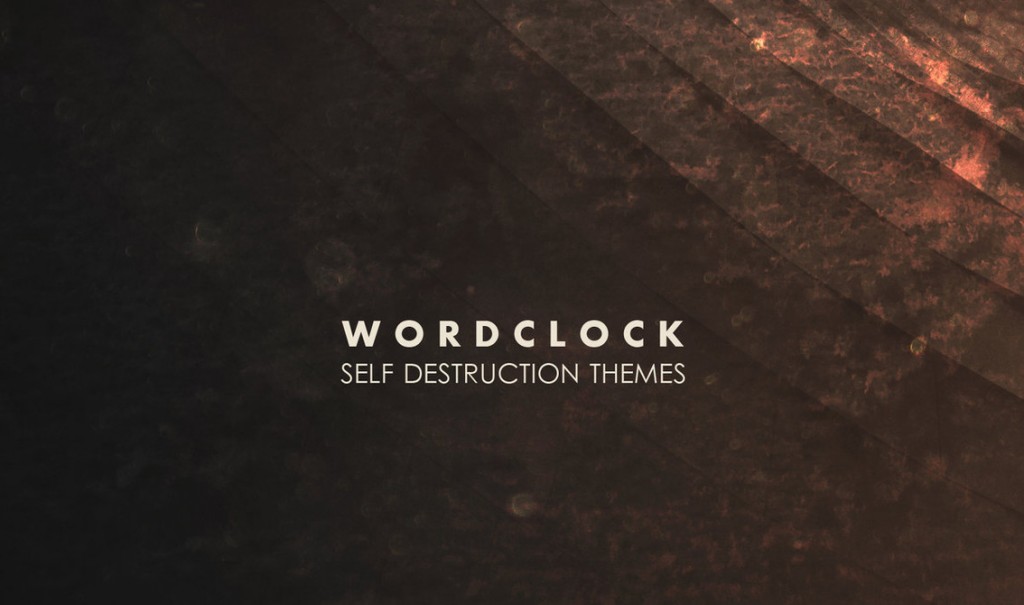 Pedro Pimentel aka Wordclock returns to Cryo Chamber with his 2nd album, “Self Destruction Themes“, after having spent the early year working with Nine Inch Nails’ Robert Finck on the “NOCT” soundtrack.

As a contrast to that guitar focused work, with “Self Destruction Themes” he instead goes in another direction with the help from Amund Ulvestad’s cello performances, Simon Heath’s textural piano work (on the track “Something More”) and Apocryphos’ atmospheric distortion layers (on the track “Here we’ll be gone”).

Says the label: “This is a massive album of cold but inviting atmospheres, filtered noise, acoustic layering and sweeping textural layers. The sad theme throughout the album paints images of a world depopulated and of overgrown and dilapidated cityscapes.”

The album is out now, both on CD and as HQ download via Cryo Chamber’s Bandcamp page. Note that you can also get this new release together with “Endless” in a 2CD bundle at a discounted price.

You can preview the 10-track release “Self Destruction Themes” below.

And here’s the official video for “Here we’ll be Gone” featuring Apocryphos.

Since you’re here … … we have a small favour to ask. More people are reading Side-Line Magazine than ever but advertising revenues across the media are falling fast. And unlike many news organisations, we haven’t put up a paywall – we want to keep our journalism as open as we can. So you can see why we need to ask for your help. Side-Line’s independent journalism takes a lot of time, money and hard work to produce. But we do it because we want to push the artists we like and who are equally fighting to survive. If everyone who reads our reporting, who likes it, helps fund it, our future would be much more secure. For as little as 5 US$, you can support Side-Line Magazine – and it only takes a minute. Thank you. The donations are safely powered by Paypal.
Tags: Cryo Chamber, Wordclock