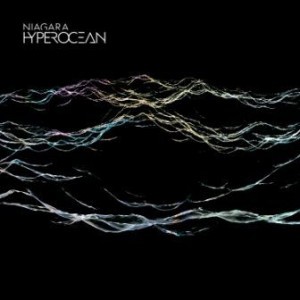 Background/Info: This is the 3rd full length by the Italian duo David Tomat – Gabriele Ottino. They’re back on track one year after the noticeable “Don’t Take It Personally”-album.

Content: “Hyperocean” clearly indicates the main sources of inspiration or should I say a part of the concept. The aquatic sound (samplings and/or field recordings) are noticeable elements during the very first minutes of the work. The main basis of the sound has been created by great sound treatments and some intelligent electronic arrangements. It all sounds pretty minimal and into experimentalism, but always with a real accessible touch on top.

“Hyperocean” covers many influences, which move from industrial manipulations to groovy sequences to pure evasive, ambient passages to a kind of glitch-pop music. You can easily feel the fascination of both producers for sound creation, which explains the experimental path this work is walking on. The accessibility is also reinforced by the vocal parts, which however never become an important element of the work. It rather sounds as an element of a global and compact entity.

+ + + : If you like artists decomposing and recomposing sounds and different kind of noises, Niagara definitely is a project that will catch your attention. “Hyperocean” reveals a creative process of composing touching a rather unexplored electronic ground, which might be called ‘glitch-pop’.

– – – : You definitely have to be into experimental- and/or minimal music to give this album a chance. It’s not the most accessible work while speaking for myself I prefer the previous work, which was more accessible and maybe a bit more into IDM.

Conclusion: Niagara has composed an antidote against stereotypes; “Hyperocean” is a fascinating exploration in sound and a sci/fi exposure of pop music.