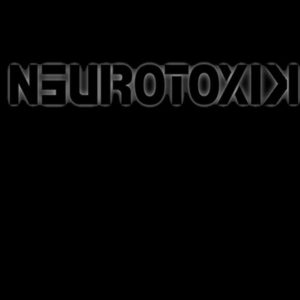 Background/Info: I did not receive any real info about Neurotoxik and there’s not that much to find on the web. Neurotoxik seems to have been set up in 1990 by 3 French artists. They’re now back on track unleashing this self-titled and self-released album.

Content: You can easily recognize the 90s influence running through this work, which reminds me of bands like Vomito Negro, Lost Image and FuzeBoxMachine; The sound is dark and carried by haunting melody lines. But the songs are still well-crafted reflecting some maturity in the global production process.

+ + + : Is this band one of the latest best hidden secrets of EBM music? I at least like their sobriety and DIY attitude, which reminds me of the good-old days of EBM when it all was pure underground. If you’re into 90s EBM “Neurotoxik” is fully recommended revealing a few great cuts. Haunting atmospheres and icy electronics are the main ingredients of this work, which mainly come through during the final part of the album. The digipak format looks cool, but here again it’s extremely sober.

– – – : The mixing could have been more professional, but I guess that’s the price to pay when bands are working in DIY attitude. I also regret there’s no more information about Neurotoxik, which makes from this band a kind of enigma.

Conclusion: If you’re into EBM and you’re a 90s nostalgic, this is without a shadow of doubt a band you’ve to (re)discover. This is the kind of album that could have been successful during the 90s.