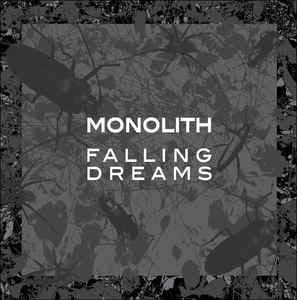 Background/Info: Eric van Wonterghem will be always linked to The Klinik, Insekt, Sonar, Absolute Body Control and of course Monolith. “Falling Dreams” is the 10th full length release under the Monolith moniker.

Content: I personally consider Monolith as one of the pioneer-projects from the industrial scene, which injected new ideas in the music genre. Throughout the years these influences became more explicit and finally resulted in a fusion between industrial, tribal and dark-techno. The new opus doesn’t sound that different and again reveals several noticeable tracks carried by shamanic rhythms.

But Eric van Wonterghem also dares to explore new paths, which appears to be somewhat ambient-like. These tracks come closer to soundtrack music.

+ + + : Monolith remains a reference in the industrial-techno genre. The ritual element has been a bit lost throughout the years while the dark-techno injection is now explicit. I can imagine Eric got influenced by the Berliner techno scene where he’s living. But it’s not just techno music! It’s an intelligent sound format, which sounds ultra dark, ultra danceable and sometimes pretty minimal-like. The composition is made of endless little sonic details, manipulations and low sound vibrations. The CD-format features 14 cuts, which is a warrant for maximum pleasure!

– – – : Monolith also explores new ideas on this album. The ambient influences aren’t totally know, but the way they’ve been worked out stands for a little style break. I’m not entirely convinced by this approach.

Conclusion: The 10th Monolith opus will maybe not become the most successful one although it remains a fascinating experience in modern industrial music.

Since you’re here … … we have a small favour to ask. More people are reading Side-Line Magazine than ever but advertising revenues across the media are falling fast. And unlike many news organisations, we haven’t put up a paywall – we want to keep our journalism as open as we can. So you can see why we need to ask for your help. Side-Line’s independent journalism takes a lot of time, money and hard work to produce. But we do it because we want to push the artists we like and who are equally fighting to survive. If everyone who reads our reporting, who likes it, helps fund it, our future would be much more secure. For as little as 5 US$, you can support Side-Line Magazine – and it only takes a minute. Thank you. The donations are safely powered by Paypal.
Tags: Klinik, Monolith