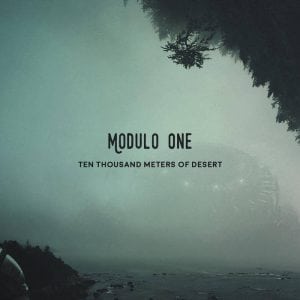 Background/Info: Modulo One Is A Norwegian duo set up in 2013 consisting of producer and singer Anders Schau Knatten and keyboarder (and still DJ) Tom André Solli. This is the first EP of the band. Notice by the way the work has been mastered by Seb Komor.

Content: The sound is clearly mixing EBM and techno music. It’s pretty danceable, sometimes a bit moving to the edge of ‘dance’ music, but still pretty techno-like à la Praga Khan. I also noticed some acid sequences while “Cyclotron” is maybe not the most noticeable cut although the darkest one.

We get 3 songs plus 4 remixes. Modulo One remixed the song “The Touch” while other remixes have been done by Lug00ber and Bitbear. Last, but not least there also is a remix of the title song by Assemblage 23.

+ + + : The production of the sound is amazing. This makes me think of a band that has taken the time to take care about every single detail while asking Seb Komor to master the EP is great. The songs are well-crafted and with a real good harmony between all influences. The previously mentioned “Cyclotron” is maybe not the biggest potential hit, but I really like this kind of ‘B-side’ for its darker side. The great atmospheric lead is irresistible, but I also enjoyed the effect on the vocals. This EP is made to dance and the big kicks are more than a simple invitation to move. Among the remixes I especially like the one by Lug00ber, which has this Praga Khan touch.

– – – : I can’t get away that some passages are pretty commercial/dance driven, which makes me say this is the kind of music that will be not timeless.

Conclusion: Norway has already featured multiple fascinating formations. It’s impossible to say if Modulo One will be the Norwegian next big thing, but I think we better can keep an eye on it.