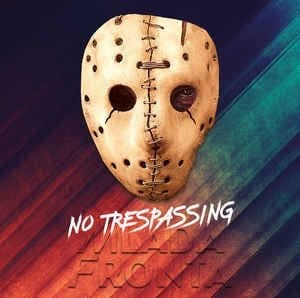 Background/Info: Active since the early 90s French musician/producer Rémy Pelleschi went through several music ‘periods’. He ever started with EBM-inspired work and progressively evolved towards tribal/trance productions. His previous album “Outrun” (2016) clearly revealed an evolution in sound, taking some distance with the trance sound. “No Trespassing” moves on where previous songs stopped.

Content: It’s not that easy to define the sound of this work, but it has something soundtrack-like (mainly because of the instrumental format) mixed with danceable beats. Mlada Fronta this way moves further exploring new sonic horizons, but his work first of all remains characterized by his great skills in sound creation and sonic manipulation.

+ + + : Rémy Pelesschi is a studio-master and that’s an aspect you clearly can hear on his newest work. He creates unique sound treatments like scratching sound blasts, a few terrific bass lines and dark atmospheres. Pelesschi once again revealed himself as a sound-wizard. He refreshed his sound with good-old synth lines (“Arcade Rider” featuring a brilliant synth) and simply brings people to dance.

– – – : The only regret I have is the similar sound formula getting back on each track. I’m missing some diversity and that’s probably the main difference with the important trance/tribal period of the artist.

Conclusion: Mlada Fronta remains a visionary musician, but who’s maybe abusing a little bit of his new sound formula. But if you like intelligent dance music this album will bring you satisfaction!