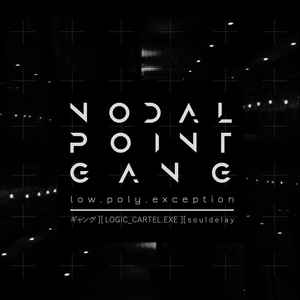 Content: The songs are characterized by an explicit ambient and cinematographic approach. It totally fits with the somewhat dystopian concept behind this work dealing with the vision of ‘the year 20XX the government has finally managed to obtain full control of the net and all forms of media’. This is an imaginary soundtrack about a future horror vision of our society.

The music transposes these ideas into fine sequences mixed with ambient atmospheres and carried by slow rhythms. I noticed a few faster passages and even parts inspired by elements of d’n’b. You also can feel some melancholic expression on top of the compositions.

+ + + : The ambient and cinematographic approach is more accessible through the slow cadence. You however notice the evasive side of the composition, which always comes back. It’s sometimes accentuated by Alien-like spoken vocals (samples) but still by choir sounds at “Construct Fetishism”. This is a production with some astral dimension. I also want to say a word about the digipak artwork, which is pretty sober, but pretty cool.

– – – : To move on with the digipak it also is a bit disappointing there’s no real info about the band featured. Sound-wise I think it could have been interesting adding a few more vocals and or choirs. It would have maybe ruin a part of the ‘soundtrack’ concept, but it also could have added a little extra to the global production. But the main aspect I’m a bit disappointed is the global sound creation; it sounds too much as having been composed with preset sounds.

Conclusion: I’m a bit divided about this album; at one side I like the concept and composition, but at the other side I’m missing some creativity in the creation of sounds and noise treatments.

Since you’re here … … we have a small favour to ask. More people are reading Side-Line Magazine than ever but advertising revenues across the media are falling fast. And unlike many news organisations, we haven’t put up a paywall – we want to keep our journalism as open as we can. So you can see why we need to ask for your help. Side-Line’s independent journalism takes a lot of time, money and hard work to produce. But we do it because we want to push the artists we like and who are equally fighting to survive. If everyone who reads our reporting, who likes it, helps fund it, our future would be much more secure. For as little as 5 US$, you can support Side-Line Magazine – and it only takes a minute. Thank you. The donations are safely powered by Paypal.
Tags: Low.Poly.Exception