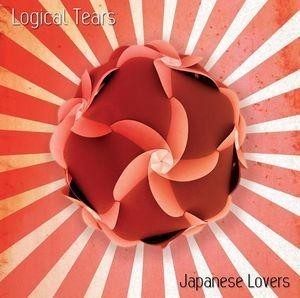 Content: Logical Tears is a new band based in the Northern part of France. Their debut work reveals 8 songs.

After the intro sounding “Logical Opening” we rapidly get an idea about the band’s main sources of inspiration. The title song clearly finds its inspiration in the wider fields of new-wave music, but I also noticed a great and deep-sounding bass line, which reminds me of the dark sensuality of bands like Massive Attack and early Hooverphonic . The sweet female vocals make it all pretty accessible and even sexy.

I can’t say that the title song is fully representative as Logical Tears definitely more are inspired by 80s reminiscences. “Monsters” moves into pure new-wave realms featuring carrying guitar parts. “Facing Deafness” is not exactly my favorite song, but the guitar stlye feels a bit like a wink to The Stooges.

And there’s more to experience right at the final part. Logical Tears walks on the shoegaze path at “Permanent Tears”, which is a cool song in the genre. I also have to mention “End Of Tears”, which is somewhat moodier and into melancholia like evoking the spirit of Cocteau Twins.

Conclusion: Logical Tears is not exactly reinventing the new-wave and cold-wave genres, but their debut album is refreshing and inspiring opus in the genre. I’m just missing an absolute hit to speak about a total success.