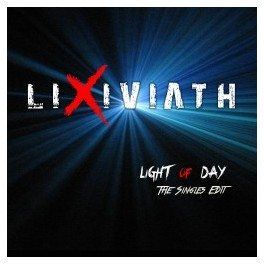 Background/Info: The French band Lixiviath is a new name active in the scene. Driven by the creative spirit of M-Ax (vocals and bass) and Stephen (guitar, keyboards, drums and programming) they released in the end of 2015 this debut EP featuring 3 songs plus one extra song featuring Peter Rainman. The band has recently announced that they have been signed to Foundry Records.

Content: “Light Of Day” clearly sounds inspired by electro-new-wave influences, which have been empowered by guitar playing. It creates a delicious symbiosis between new-wave and rock music. M-Ax sings in a real passionate and charismatic way and quickly appears to be the secret weapon of this band. He really injects a true passion expressing different feelings in his timbre of voice.

The 4th song is a remix by remix-guru Peter Rainman, which transformed “Under Control” into a clubby approach.

+ + + : I was deeply impressed by the amazing vocals of Lixiviath’s vocalist. This guy is a really talented singer. Sound-wise this EP reveals a fascinating exposure of electronic new-wave music. Peter Rainman’s remix has the potential to give some extra exposure and airplay to the band.

– – – : The rock ingredient left me a bit skeptical and is not really requested.

Conclusion: Lixiviath clearly features interesting ideas resulting in an honest debut-EP with an extra cool remix as an apotheosis.