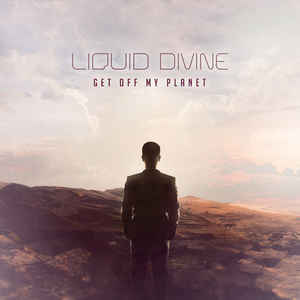 Background/Info: What happened to Guido Stoye and Christian Fritzsche who seemed to have disappeared from our radar for a couple of years now? Well it seems that they didn’t really take a break, but simply went on composing and it finally took them 7 years (!) to achieve their 4th full length album.

Content: Time goes by, but Liquid Divine hasn’t really lost their original sound made of dark-pop ingredients and electro-ambient atmospheres. The sounds remains pretty recognizable and will rapidly appeal to fans of bands like Seabound, Haujobb and Mind.In.A.Box.

The main difference with previous albums however appears to be the bombastics that have been injected now. The influences and music genre both remain pretty similar, but the final production sounds harder. You can hear it in some of the drum sections and the majority of the arrangements, but on the other side you still will recognize this delicious and evasive sensation. It sounds in perfect harmony with the title of the album.

The work also reveals the contribution of Frank M. Spinath (Seabound) who already collaborated on their last EP (cf. “Sojourner” in 211) and a guest appearance by Jan Dewulf (Diskonnekted) who also did a remix on the last EP. Both artists totally fit to the music creation and influences of Liquid Divine.

+ + + : Liquid Divine is a band I’ve always liked for being an atypical electro-pop formation. They aren’t a new copy of Depeche Mode, but simply tries to compose a more personal and intelligent pop format, which is characterized by wafting atmospheres. It sounds a bit like electro-pop from another galaxy, but it’s not only into evasive passages, but also accomplished with alluring melody lines and subtle sound treatments. The album reveals numerous great sound sculptures and some analogue-like sounds making the final result unique and exciting. The song featuring Jan Dewulf is a brilliant exposure of this album and the match between both artists.

– – – : There are no real minus points here. Liquid Divine probably isn’t the most accessible electro-pop band formation and after all these years they’ll probably have lost some of their fans, but it’s the kind of music that needs a few listenings till you really can seize the beauty of the work.

Conclusion: “Get Off My Planet” is a remarkable and successful comeback for Liquid Divine. This album is a mix of sophisticated sound treatments and transcendental sound waves.